Hollyoaks 30/12 - Alfie gets a kitchen job at The Hutch 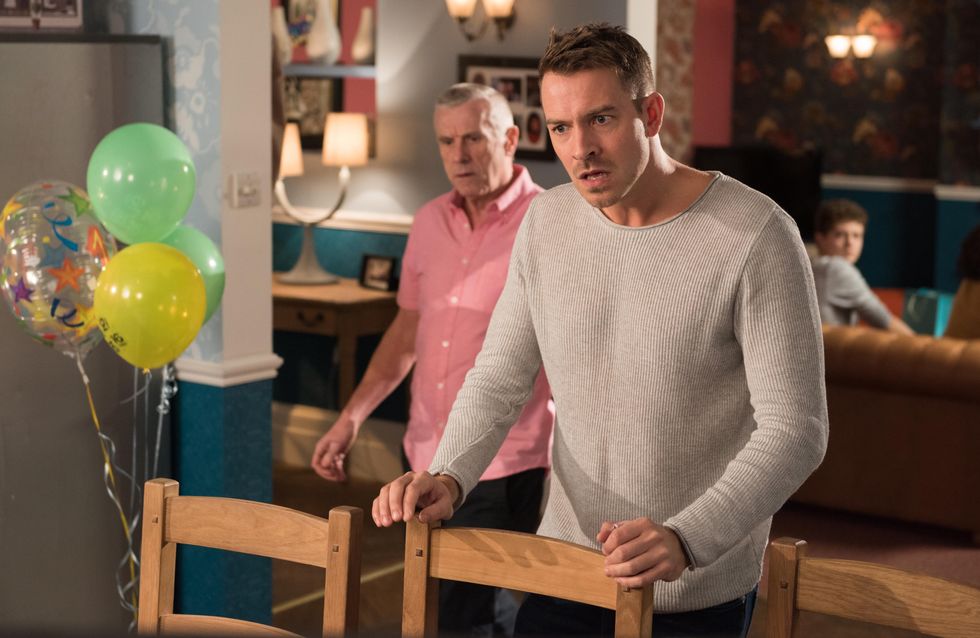 Alfie gets a kitchen job at The Hutch and tells Tom that he’s going to get some of Tony’s DNA to prove he’s his dad. Tom swipes a fork from Tony’s plate of food but there are two forks and one belongs to Mac after he sampled some of Tony’s cuisine. Tom gives one of the forks to Alfie, but whose DNA is on it, Mac’s or Tony’s?

Kim is shocked by her sister’s latest act but Lindsey urges her to keep quiet or someone is going to get hurt.

Lisa is heartbroken when Theresa emerges from Zack’s bedroom.

Maxine and Sienna try to act normal and go on a hen do but Sienna storms out when the conversation turns to Patrick. Sienna breaks down in Maxine’s arms so Maxine decides that she’ll help Patrick die.