Tom helps Nancy set up a teacher/pupil messaging service and sends out a photo of her dressed as Bjork to everyone as a joke. Tom discovers Peri knows the sex of the baby - he’s so angry that he plans to use the messaging service to send out Cameron’s video confession about killing Sam and Danny. Peri apologises for not telling him and Tom decides not to send the message, but doesn’t realise he hasn’t pressed cancel and the ‘Send’ window is still open.

Ste proposes to Sinead and furious Harry confronts Ste at school. Tensions rise, as does the passion and the pair end up kissing. While things get steamy, Sinead walks down the corridor… about to open the door to the classroom they are in.

Tony brings croissants over to Diane’s, while Scott bumps in to Tegan and strikes up a deal with her. Scott visits Diane and when Patrick asks Tony to help with food for the governors’ meeting, Diane is left in Scott’s care. Scott worms his way back in to Diane’s affections, while Tegan pops something suspicious in to home-made soup and takes it round to Diane’s.

Celine asks Cameron about moving in together. Cameron is thrilled but Porsche is defiant – he’s Lockie’s brother! Later, Celine talks Porsche round. 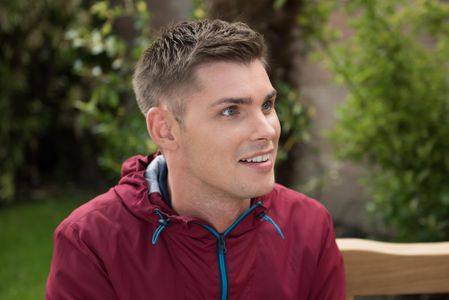