It’s the Halloween Spooktacular and a full sized maze, fire display team, Ferris-wheel and Halloween paraphernalia has descended on Hollyoaks. Peri is terrified of being back in the bunker with Nico. Meanwhile, Sienna is freed and knows they have to get to Nico before the police do. Nico drugs Peri again and goes to find Tom. Nico has cornered Tom in the fortune teller tent, will she kill him?

Mercedes agrees to meet Joe at the Spooktacular when Freddie reveals that Joe wants to propose. Jude opens the Hollyoaks Spooktacular but gets a fright of her own when Cindy confronts her about whether the housing development is a scam. Cindy sees how much money Jude has stolen and wants to tell her friends the truth. However, Liam has spotted the cash too and decides to steal it for Eva.

Warren and Sienna arrive at the Spooktacular and are terrified at the thought of serial killer Nico on the loose among the celebrations. Jesse is delighted when he’s asked to join the fire display team. He and Celine get lost in the maze and when Jesse lets slip that he loves Celine, they end up kissing.​​ 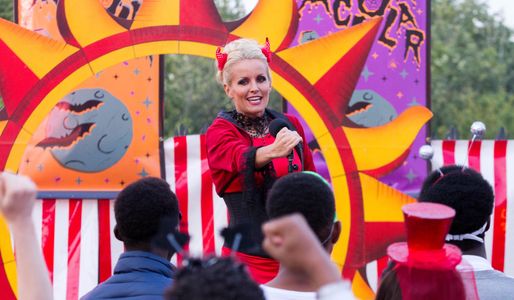