Kim has confiscated Lindsey’s kill kit. Lindsey has found her kill kit and Kim panics at the thought of Lindsey going after her next victim…

Patrick is suspicious when Maxine comes home the next morning from a night drinking with Neeta, thinking she’s been with Darren. He records another message to be played after his death, but when baby Minnie accidentally plays the message on his laptop, Maxine is shocked by what she hears.

Meanwhile, it’s Tom’s 16th birthday but Esther has forgotten to make the cake. Grace tries to help but ends up talking about her love life while eating all the icing. Esther longs to tell Grace how she feels about her. Darren finds some leaflets about Cancer among Tom’s birthday cards and looks towards Nancy, is she ill? Esther shows Grace how she feels too and kisses her. 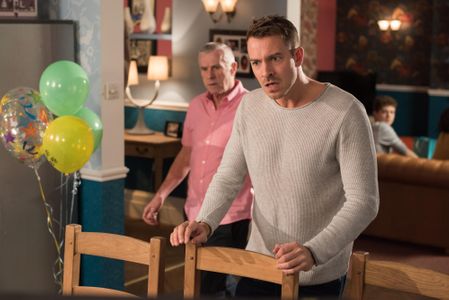 Hollyoaks 31/10 – Lindsey is faced with a suspicious Joe