Tony tells Harry that he and Diane are moving to France for the Summer. Liam and Jesse are trying to build up a client base for the salon. When Marnie hears about the potential refurbishment, she suggests Neeta as the interior designer, much to Mac’s annoyance who wants Neeta at The Dog. Jesse fancies Neeta and invites her and Ellie to the party they’re having later at Grace’s flat. The party is in full swing and Ellie is playing puppet master to Jesse and Neeta. 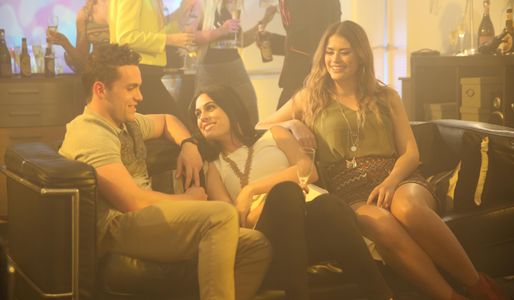 Hollyoaks 26/7 - Peri and Nico are trapped in the bunker