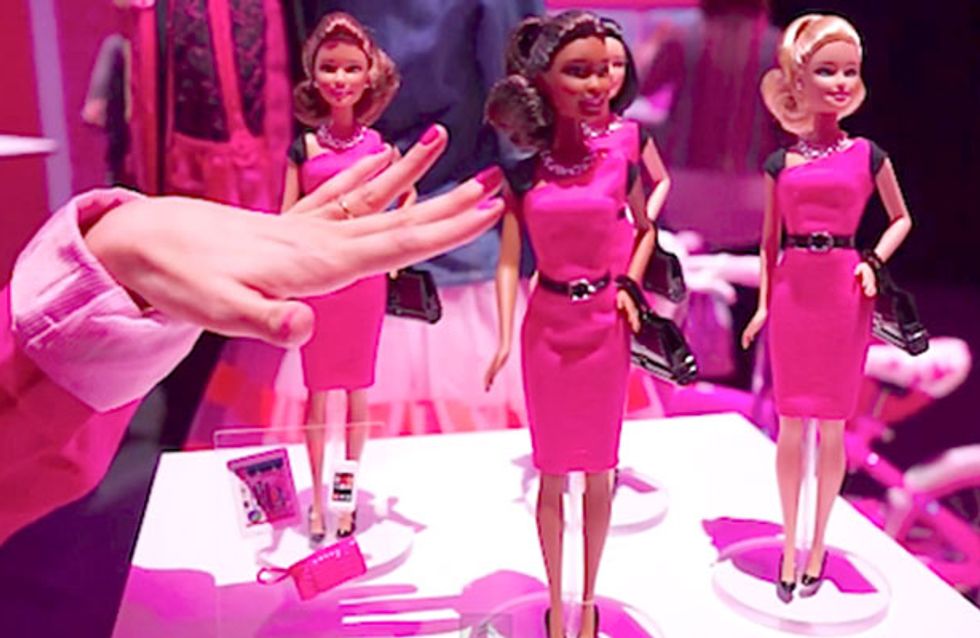 Say goodbye to those polka dot bikinis and blow out salons, this time Barbie's gone all businesswoman on us. It's time to say hello to Entrepreneur Barbie.

Barbie's had a slightly tumultuous relationship with the idea of empowering women. But if you ignore the unrealistic body ideals and the insane 'Plastic Surgery Barbie' app gaff, could Mattel be doing something good with their latest launch?
​
Barbie's had a long history of 'inspiring' girls with her career choices - from TV host to spacewoman - and after sifting through over 150 careers, the latest Barbie doll sees her running her own start-up company.

​With a handy bag to fit her lipstick and her laptop (did you just cringe too?), Barbie's latest career choice see's her as a creative businesswoman sort. ​Updating social media with her teeny tiny i-Pad and taking calls conference on her smartphone while wearing a hot pink body-con dress and black heels, she's supposed to symbolise "entrepreneur" and not "Facebook stalking at work".

Mattel told CNN Money: “We always try to make career Barbie a reflection of the times. Women entrepreneurs are more prevalent now and they’re growing in number. [It's] a great way to encourage girls to also learn about this role.”

However we can't help but notice that she's starting up a business, without the key component of actually knowing what that business is. Ah well, better luck next time Barbie.

What do you think? Is an Entrepreneur Barbie a good way to inspire girls? Tweet us at @sofeminineUK.