Is Downton Abbey's ‘graphic’ rape storyline at all justified?

Ever since late Sunday night, Downton Abbey has hit the headlines. Around 10 million viewers were shocked as living room favourite, Lady’s maid Anna May Bates (Joanne Froggatt), was attacked and raped by a visiting valet. Almost immediately afterwards the complaints to ITV began and Julian Fellows and Froggatt were both called upon to defend the storyline. So with this kind of reaction, was it the right decision?

A rape scene in Downton was always going to provoke a reaction but in a scene, which was acted bravely, written and directed sensitively, (and was aired with a warning of violence before the episode started) where is our anger really directed?

​For all of those who think Downton is a nice ‘family show’, dear old Downton (shown after the watershed) has tackled sensitive subjects such as miscarriage, homophobia, prostitution, and women having their children forcibly taken from them, why should they not explore the equally relevant 1920’s reality of rape? The Mail reported the Downton rape scene was ‘graphic’, ‘without precedent’ and ‘prolonged and explicit’. The same scene that went on for less than 30 seconds behind closed doors, something that many TV shows and films have handled far less tactfully.

In 1920’s Britain, female servants were incredibly vulnerable to be attacked, mistreated and raped as was a reality of the time. Surely ignoring this fact completely is a whole lot worse. Of course any use of sexualized violence and rape (male or female for that matter) for pure entertainment is sickening. But I don’t feel like Downton has fallen into this category one bit.

​​In fact, Downton has brought a pretty well-thought out entry into the rape conversation. Anna was shown in her own home, raped by someone she vaguely knew (not a total stranger in an alleyway) and was too scared and ashamed to tell anyone including her husband about it afterwards. Despite the show being set over a century ago, these themes still directly apply to victims of rape and sexualised violence in our culture today. Around 90 per cent of rape victims know their attacker and according to figures from the British Crime Survey, 230 women were raped every day in the UK last year, so since the show aired, around 690 women have been raped. Shouldn’t we be more angry about that?

​When asked, Julian fellows pointed out: "If we'd wanted a sensational rape we could have stayed down in the kitchen with the camera during the whole thing and wrung it out.”

Froggatt also defended the scenes in an interview with BBC Breakfast: "I think it's a really brave thing to do... I believe that Julian has written it in a way that is not gratuitous at all," she said. "We all felt a big responsibility to get it right."

​Rape is something that, like it or not, is a big problem within our society and facing up to that reality is only going to do good. Being upset because somebody has ruined your Sunday night TV might suggest that maybe as a society we are not quite as ready to talk about rape as much as we should be.

So whether this should have been shown on Sunday night TV? Well, yes I think it should. But what do you think? Tweet us at @sofeminineuk. 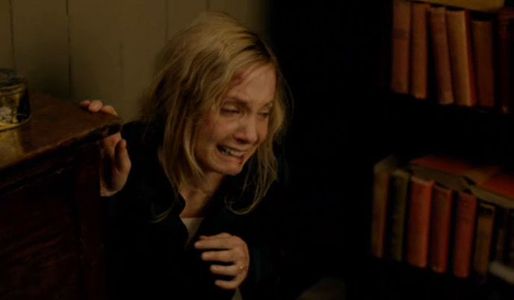 Fake Rape? Why It's Even More Disturbing Than It Sounds...