Just one dose of HPV vaccination may be enough

by the editorial team Published on 5 November 2013 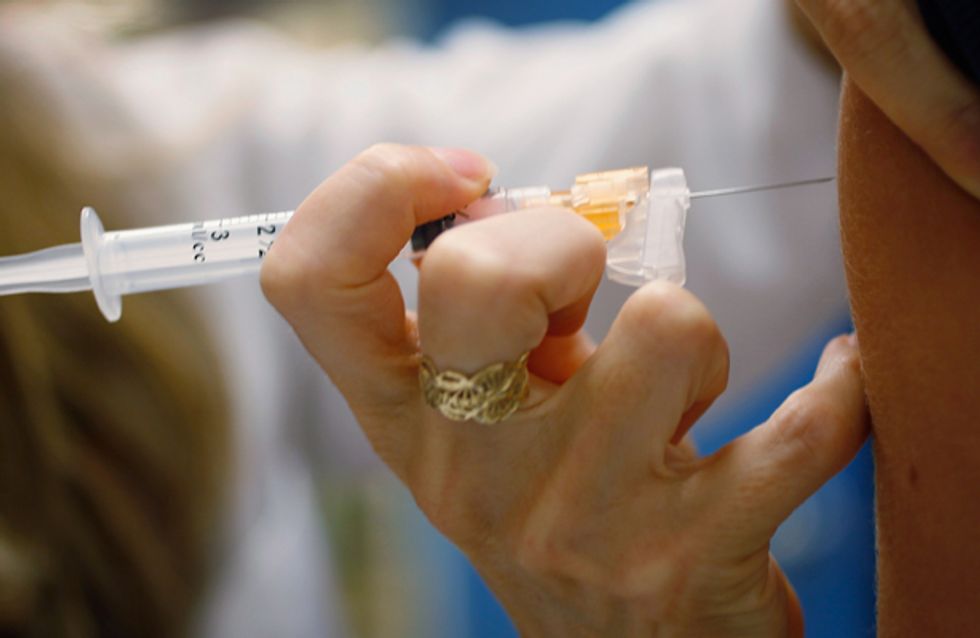 A new study has great implications for women around the world, especially those in developing countries. Just one dose of the HPV vaccine Cervarix could be enough to protect women from two strains of human papillomavirus and cervical cancer.

Here’s some good news for women’s health: A single dose of the HPV vaccine Cervarix may be enough to protect women from two strains of human papillomavirus and cervical cancer, according to a new study published in Cancer Prevention Research.

HPV vaccines, which are usually administered in three doses over a six-month time period, protect against HPV infection and the health problems that it can cause, such as cervical cancers, genital warts and cancers of the anus, vagina and vulva.

There are two types of vaccines – Cervarix and Gardasil. Both are available for females, while only Gardasil is available for males, according to the Centers for Disease Control and Prevention (CDC).

The CDC states that HPV, which is transmitted through genital contact, is the most common sexually transmitted infection (STI) in the US and the primary cause of cervical cancer.

And HPV is an even bigger public health concern in less developed countries. It is the leading cause of cancer deaths among women in low-income countries, according to the World Health Organization.

In the recent study sponsored by the US National Institutes of Health, researchers gave women in Costa Rica one, two or the standard three doses of the HPV vaccine. The subjects were then compared with women who were not vaccinated because they had contracted HPV in the past.

All women, regardless of what dose they received, produced antibodies against the virus. And although women who received just one dose had lower levels of antibodies compared to the other groups, their levels remained practically the same throughout the four year follow-up.

Women who were allotted one dose of the vaccine had an immune response that was five to nine times stronger than that found in women who were naturally infected with HPV.

Study author Mahboobeh Safaeian notes that the results could simplify the logistics and costs of vaccinations for women everywhere. Since the vaccine is about $130 (£80) a dose, she explains, it’s not a reality for women in poorer countries.

Safaeian, who is also an investigator in the Division of Cancer Epidemiology and Genetics with the US National Cancer Institute, said in a press release: “Our findings suggest promise for simplified vaccine administration schedules that might be cheaper, simpler, and more likely to be implemented around the world.”

The study authors noted that in some places, like Chile and British Columbia, only two doses of the HPV vaccine are recommended.

However, Gardasil has yet to be tested for the effectiveness of less than three doses, so the standard three-dose recommendation will most likely be in tact until further research is conducted. And since the follow-up only lasted four years, long-term protection is still uncertain.

In the UK, HPV vaccines are part of the NHS childhood vaccination programme and are routinely offered to girls aged 12 and 13.
​
Got any questions about HPV or the study? Tweet us @sofeminineUK.