Home / Women in Focus / Key debates / Lads' Mags ultimatum: Cover up or be taken down

Lads' Mags ultimatum: Cover up or be taken down 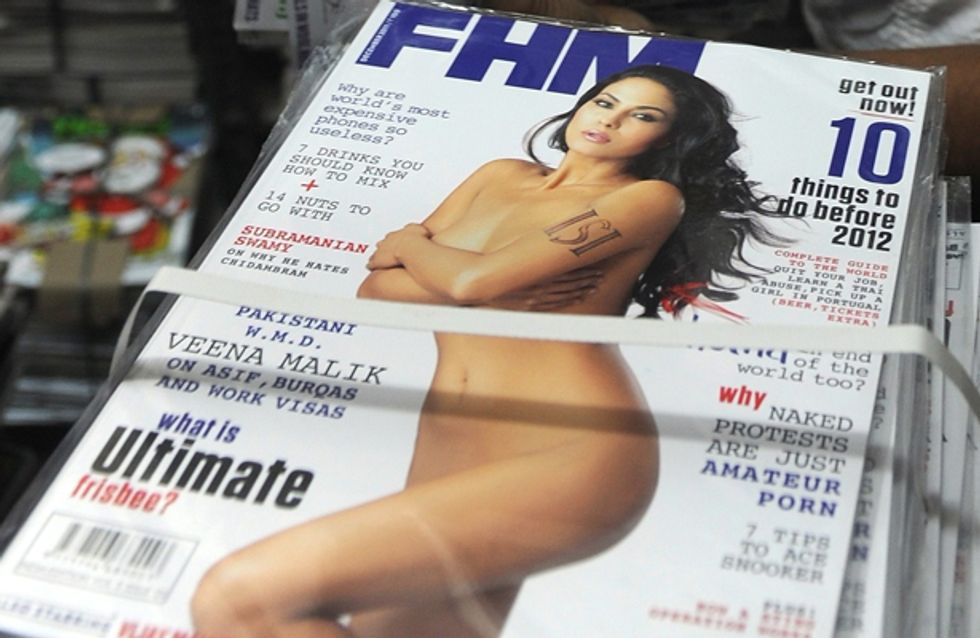 The Co-op has said that titles such as Front, Nuts, Loaded and Zoo have until the 9th September to cover themselves up with so-called “modesty bags” or face being pulled from the store's shelves.

The shop says this move comes as a response from concerns by its members, customers and staff about the provocative images of semi-naked women on the mags' covers.

Retail chief executive for the Co-operative Group, Steve Murrells, said: "As a community-based retailer, we have listened to the concerns of our customers and members, many of whom say they object to their children being able to see overt sexual images in our stores.

"Whilst we have tried to mitigate the likelihood of young children seeing the images with a number of measures in store, the most effective way of doing this is for these magazines to be put in individual, sealed modesty bags."

While such useful responses like ‘Don’t like it, don’t look’ and ‘It’s a free country’ have raged on Twitter, the fact is that many people (women AND men) don’t want to see tits next to The Times.

Having row after row of semi-naked women on its shelves, well within the reach of children, is not the sort of message the Co-op wants to send out.

Let's not forget that there having been several cases citing Lads' Mags as sexual harassment and discrimination under The Equality Act 2010.

But while this has attracted a lot of attention, not all of it has been positive. The term ‘modesty bags’ seems rather questionable in itself. Campaign group Lose The Lads' Mags has said the Co-op’s initiative is simply smoke and mirrors.

Spokeswoman Sophie Bennett said: "The so-called 'modesty bags' they are demanding from publishers are designed to allow the Co-operative to continue profiting from sexist, harmful lads' mags - but just a bit more discreetly."

Others have said that the initiatives we’ve seen from Mr. Cameron and The Co-op seem bordering on censorship.

Whatever the angle, the positive that can be taken from initiatives like these is that we’re becoming a lot more comfortable engaging in the conversation about how women (and of course men) are portrayed in our society - and the people in power are beginning to listen.

What do you think? Send us your thoughts by tweeting us at @sofeminineuk.