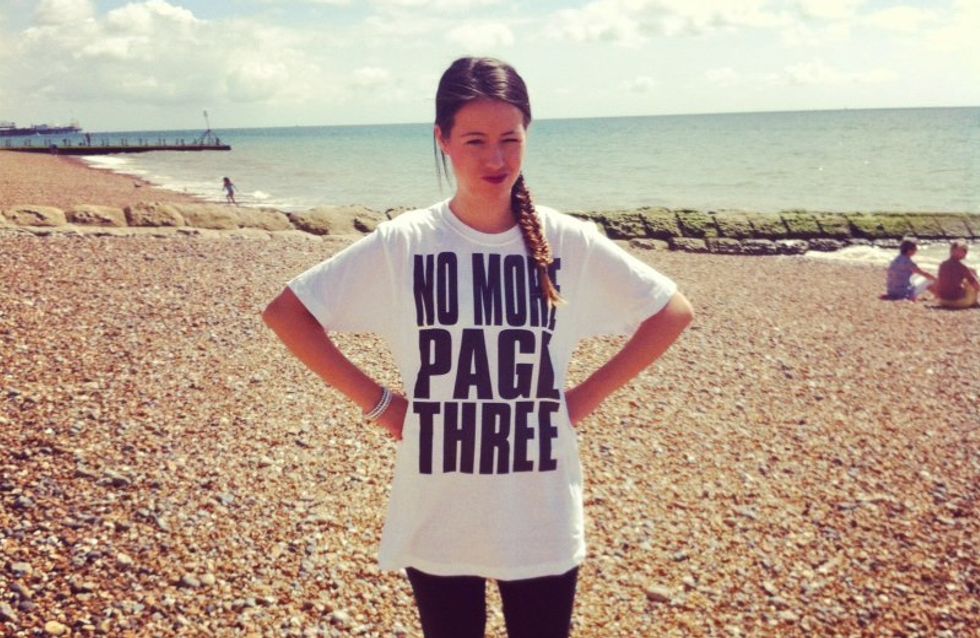 In a decision that has shocked us all, The Sun in Ireland has chosen to take out the bare boobs on Page 3. After a lot of campaigning from ‘No More Page 3’, thousands of signatures and a overwhelming public and political support in the UK, could this be the beginning of the end for news with boobs?

Despite the fact that the recent No More Page 3 campaign is a British affair, The Irish Sun has made the surprise decision to remove the boobs from their own Page 3. Apparently this was down to “cultural differences”.

The Editor of The Irish Sun, Paul Clarkson says: "Page 3 is a hugely popular pillar of the Sun in the UK and part of a package of great journalism which engages, entertains and informs in equal measure. In the Irish Sun we strive to share the qualities that make the newspaper great in print and digital, but we also strive to cater for our own readers' needs and reflect the cultural differences in Ireland."

Marking their historic decision they ran with an iconic picture of Marilyn Monroe covering her nipples. Next up it ran a bikini shot of Dutch model Sylvie van der Vaart. Then the Rosanna Davison, 2003 Miss World , followed by South African model Candice Swanepoel topless BUT covering her nipples.

So we assume until we see various shots of politicians and businessmen in their speedos clutching a casually positioned beach ball over their nads, we don’t think we’re entirely there yet. *No, naughty, mustn’t stoop to the same level.*

In a statement on their website No More Page 3 said: "We are hoping that the UK Sun will follow suit and ultimately hope for an end to all objectifying images and a truly equal representation of women within the British press.

"We look forward to the day when women are represented with respect and are featured in newspapers for the interesting things they say, think and do, in the same way as men are."

Agreed. So if we ignore the slightly dubious “cultural differences” and The Sun in Ireland’s fairly significant sales drop, their no-nipples decision shows that challenging unacceptable norms can work.

What do you think of the campaign and Ireland’s decision? Tweet us at @sofeminineuk and tell us what you really think!