WATCH: How the Media Failed Women in 2013 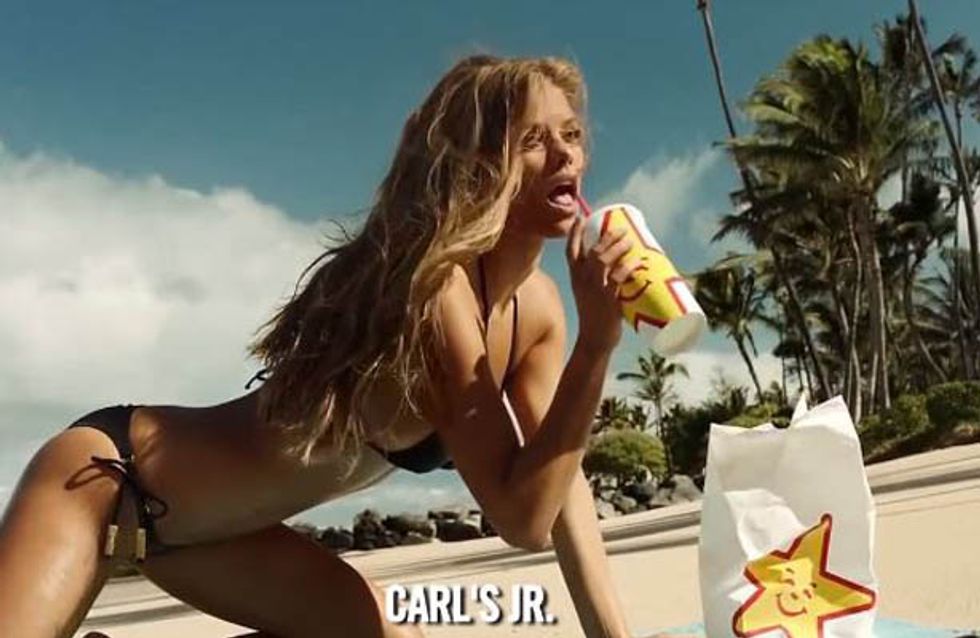 2013 seems to have been a great year for the representation of women in the media. It has seen the young activist Malala Yousafzai named as Time’s most influential person of the year, Hollywood blockbusters starring strong female leads such as The Hunger Games and Gravity smash box office records, and a record number of women received Emmy nominations for directing as well as many, many other triumphs. So why is misrepresentation of women in the media still going strong?

As the non-profit organisation The Representation Project has indicated in a haunting new video, there have been constant instances this year when the media has remained shockingly sexist, with some comments so horrendous it is truly shocking that they are voiced from this generation.

The video, which is part of The Representation Project’s aim to challenge gender stereotypes in the media, shows how omnipresent sexism still is, whether it is in advertising, film and television, the news or sporting events.

It is quite clear that “sex sells” is still very much key in advertising, with images in the video including revealing how models are dramatically altered beyond recognition using Photoshop, and companies including Fiat, Ford, Equinox, American Apparal, Axe and Radio Shack using scantily clad women to promote their products.

When speaking about the video, Thicke said: “We tried to do everything that was taboo. Bestiality, drug injections, and everything that is completely derogatory towards women…People say ‘Hey, do you think this is degrading to women?’ I’m like, ‘Of course it is. What a pleasure it is to degrade a woman. I’ve never gotten to do that before. I’ve always respected women.”

Incidentally, one of the topless models Emily Ratajkowski beat out Oscar winner Jennifer Lawrence for men’s magazine Esquire’s Woman of the Year, a magazine with male reader and male voters that seem to have cast their votes on the fact that they think Ratajkowski looks good naked.

The video also zones in on Paramount’s Star Trek Into Darkness and director J.J. Abrams' decision to include an extremely gratuitous underwear shot of actor Alice Eve, which caused controversy and was described “wholly unnecessary”.

When the video moves into news items though, we could genuinely hardly believe what we were hearing.

Particularly regarding coverage of the Steubenville High School rape case (where two teenagers sexually assaulted a 16-year-old girl at a party), in which the perpetrators were treated with sympathy in the American media.

This was particularly apparent on CNN, which grieved about the guilty verdict ruining the offenders’ lives. The news presenter said: “I’ve never experienced anything like it. It was incredibly emotional, incredibly difficult…to watch what happened as these two young men who had such promising futures…as their lives fell apart."

In the world of politics the gender inequality becomes pretty much unbelievable, as male news presenters and politicians refer to their peers as “old women”, “Barbies”, “the little queen” and “emotionally unbalanced.”

So what does The Representation Project aim to change for 2014?

They want to tackle the biases that impact society, and ensure equality and justice against limiting stereotypes. They've got a lot of work to do but we're supporting them all the way.