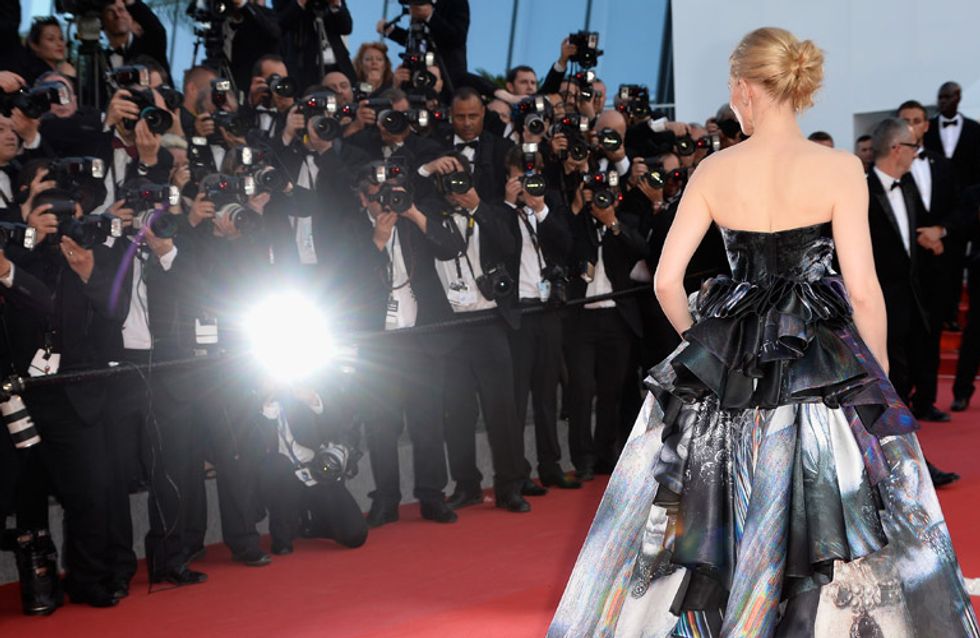 With the Cannes Film Festival currently underway, many guests of the event are in uproar after word spread that numerous women attending were denied entry into the screening of "Carol" for wearing flats. Yes, flats. Ugh.

According to Screen Daily, Cannes Film Festival requires that all attendees dress in formal attire and that women must wear heels.

This comes after reports that one woman was turned away for wearing rhinestone flats, while several other women with medical conditions preventing them from wearing heels were also banned. Not cool, Cannes, not cool.

​Additionally, Filmmaker and Director Asif Kapadia tweeted that a similar situation happened to his wife though they both were eventually allowed in.

@muirkate happened to my wife (eventually let in)

However according to the BBC, the director of the festival has said that the circling rumours are "unfounded," while a spokesperson for the festival wrote in an email, "Rules have not changed throughout the years (tuxedo, formal dress for gala screenings) and there is no specific mention about the height of the women's heels as well as for men's."

However, Screen Daily has reported otherwise after speaking to a Cannes Film Festival regular who said this:

“Someone I know was turned away for wearing nice flats, nothing you would wear to the beach. They were in their 50’s. They told her she could go and buy appropriate shoes and come back.”

And it seems that many others have caught wind of the situation, which, having taken place at the screening of 'Carol' — a film about lesbians in the '50s — is ironic considering its empowering message about women.

“Yeah, that’s very disappointing," Emily Blunt said during a press conference after hearing the news. "To think there are these waves of equality and waves of people discovering that women are so fascinating and interesting to watch and bankable (on screen).”

Likewise, while Jessica Chastain has not spoken directly about the matter, she has retweeted the following:

I say in protest for heelgate every woman on the red carpet tonight should wear flats and storm the door. Fuck ridiculous protocol.

Oh Cannes just when u were making some progress then u turn away women wearing flats to the premiere of Carol about lesbians in 1952?

Though there seem to be differing views on whether or not the reports are accurate, if they are true it appears we have seriously taken several steps back in 2015. If men can wear flat shoes, then women should be able to as well. Hell, why does anyone have to wear heels to formal events at all? In the words of Blunt: "I just prefer wearing Converse sneakers." Amen, sister.

How to Dress for Your Body Type: Shorts to Suit Your Shape

Emma Goddard
…
From hair ideas to outifts, look no further for your daily inspiration