by Stephanie Ashley Published on 19 March 2014 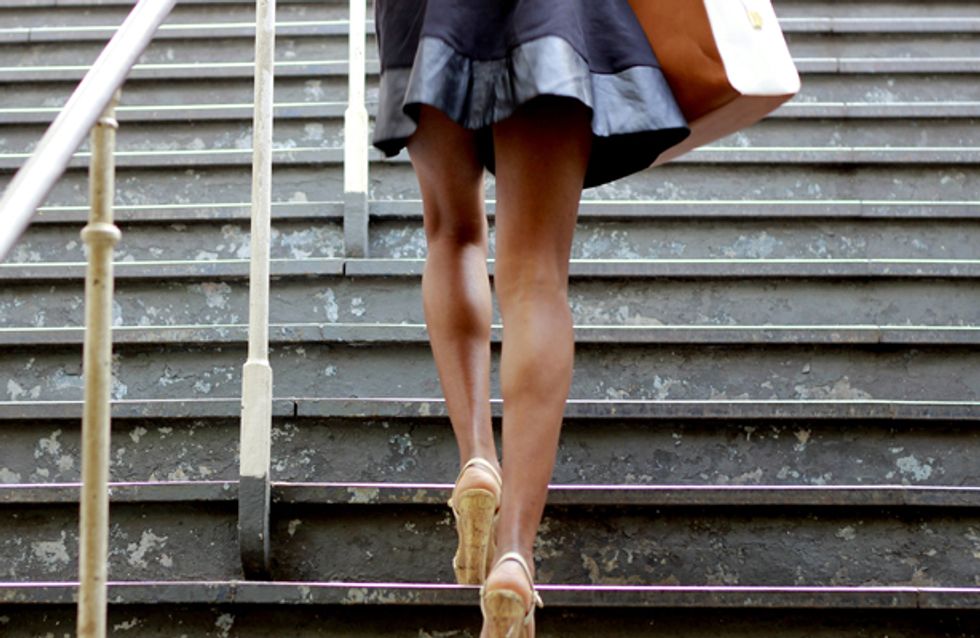 Peeping Toms are completely gross, and there are laws in place to prevent pervs from snapping photos of naked women in public places. But what about using your camera phone to snap a photo under a girl's skirt on the subway? Yes, apparently that's legal, and no, we can't believe it either!

Ladies, it may be time to start crossing our legs at the ankles while out and about, because according to Massachusetts Supreme Judicial Court, the disgusting trend of upskirt photos is actually legal.

Back in August of 2010, a man was arrested in Boston by transit police for taking cellphone photos up the skirts of women riding the subway. A lower court ruled that, yes, his actions were illegal. The Supreme Judicial Court (SJC), however, ruled recently that state "Peeping Tom" laws do not apply to upskirting. Ugh.

The Peeping Tom state laws in place in Massachusetts protect women who are nude or partially nude, in places like bathrooms or dressing rooms. They do not, however, protect clothed women in public areas, even if said woman chose to avoid panty-lines and go commando that day.

"A female passenger on a MBTA trolley who is wearing a skirt, dress, or the like covering these parts of her body is not a person who is 'partially nude,' no matter what is or is not underneath the skirt by way of underwear or other clothing," the court said in its ruling.

The state law "does not apply to photographing (or videotaping or electronically surveilling) persons who are fully clothed and, in particular, does not reach the type of upskirting that the defendant is charged with attempting to accomplish on the MBTA," the court continued.

While the ruling is certainly not cool, don't think that means the SJC condones upskirting. In fact, they agree with all us decent human beings and say it should be illegal. Unfortunately for all skirt-wearing women, the laws have not yet caught up with today's technology.

Massachusetts House Speaker Robert DeLeo says that state lawmakers are working on rewording the law to apply to sexual harassment like upskirting. "The ruling of the Supreme Judicial Court is contrary to the spirit of the current law," he says. "The House will begin work on updating our statutes to conform with today's technology immediately."

Even if Massachusetts is successful in changing its laws, many states and countries are probably in the same boat with outdated Peeping Tom laws that don't quite match up with today's surveillance society technology. Not only that, but it's taken three years for this issue to reach it's conclusion, which means it could take an extremely long amount of time for changes to be implemented elsewhere.

Instead of waiting for laws to change these things (though that is absolutely a step in the right direction), stand up against sexual harassment, including upskirt photography. If you see something, say something. Trust us, that poor girl will appreciate it.

Can you seriously believe upskirt photos are legal? Tweet us @sofeminineUK.