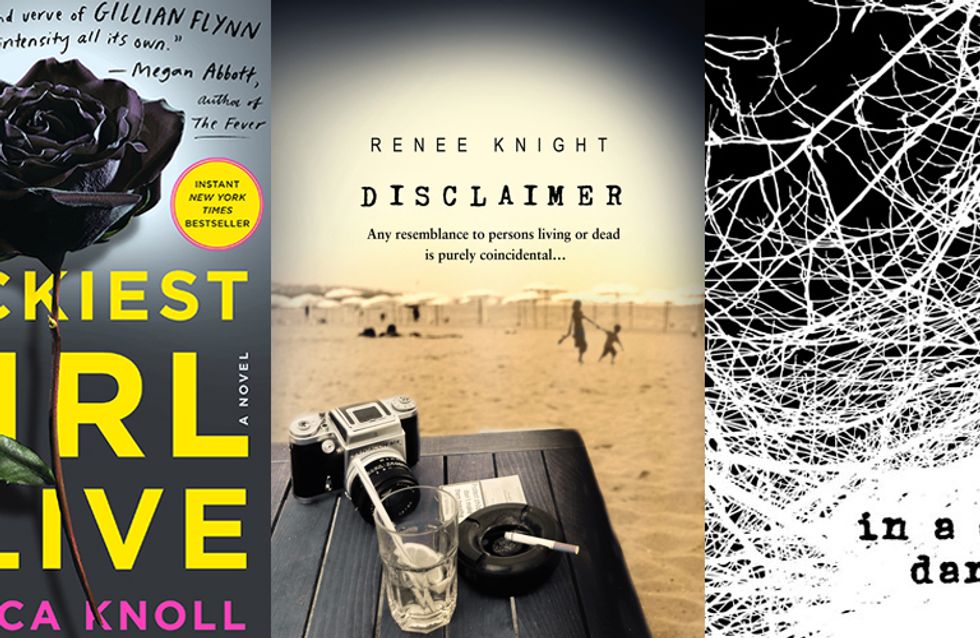 There's a reason why all love a good crime novel. The build up, waiting for that big twist, trying to guess from the tiny clues you're allowed - it's easy to get sucked into a seriously good crime thriller. Since we can't put them down at the SoFeminine office, here are our favourites so far this year...

The Widow by Fiona Barton

Jean's husband is considered a monster across Britain after he was accused of abducting and murdering a toddler. While Investigators become obsessed with discovering the truth of the case and reporters fight for an exclusive with Jean after the sudden death of her husband, cracks begin to show in Jean's constant composure during her husband's trial. How much does the widow really know, and will the truth ever come out?

A woman begins reading a book when she realises that main character is herself, and whoever wrote the book knows all about her dark history, right down to the outfits she was wearing. Terrified and anxious, Catherine continues reading about her own past, and a secret so terrible that not even her husband knows. But who wrote the book? And what do they want from Catherine?

Now a major movie starring Charlize Theron and Nicholas Hoult, Dark Places follows Libby Day, an unbalanced woman who has been living off charity ever since she was the sole survivor of her family's massacre, for which her older brother was blamed. When a group of people determined to prove her brother's innocence contact her, Libby becomes embroiled in the mysteries of her past that she just wanted to forget. But did she truly remember that night at all?

After a terrible tragedy kills one of her twins, Sarah and what's left of her family move to an isolated Scottish island where the lines between what's real and what is fantasy begin to blur, especially when her remaining daughter Kirstie claims that she is actually Lydia, and they mistook her identity after the death of her sister. As a chilling thriller with shades of The Turn of the Screw, this is one to make you shiver.

Ani looks like she has everything any girl could want - the great job, the gorgeous fiance etc etc. But behind her perfect facade lies a dark past, and she has hidden the truth behind the tragic incident ever since. So when a documentary producer wants to do a study on her, Ani is determined to paint the perfect picture of her life, but will things go the way she planned? Or will the truth FINALLY come out?

Spanning across different time periods and jumping from different points of view, The Lake House has shades of Ian McEwan's Atonement as it follows the story of Alice Edevane after she witnesses something awful as a teenager after her younger brother goes missing. Trust us, this one will keep you guessing all the way through.

The Suspicions of Mr Whicher by Kate Summerscale

A true story told in a fictional format, the story follows Detective Inspector Mr Whicher as he attempts to solve the murder of a toddler. With a Cluedo-like setting in which only one of the people living in the house could possibly have done it and combining real life documents and letters with the narrative, this is one novel you'll be reading this under your desk at work, we promise.

In a Dark Dark Wood by Ruth Jones

A woman is randomly invited to the Hen Do of an old school friend she hasn't seen in years and with whom she shares a dark past. Arriving at the isolated property, she finds a random bunch of friends with a clearly unstable woman ruling the group who hero worships her old friend. So why has she truly been invited?

After the Crash by Michel Bussi

After a plane crash kills everyone on board except a baby girl, two families from very different circumstances claim ownership over the child. But who does the baby truly belong to? The truth haunts PI Credule Grand-Duc for eighteen years, until he has a realisation that could finally reveal the truth behind the confused identity...

After he retires, Inspector Ashwin Chopra is given a murder mystery, in which a boy was found drowned, and, oh yeah, an elephant. Set in Mumbai, this is a gorgeous story perfect for everyone who enjoys a quirky tale.

QUIZ: What Does Your Taste In Novels Say About You?