by Pascale Day Published on 8 September 2016 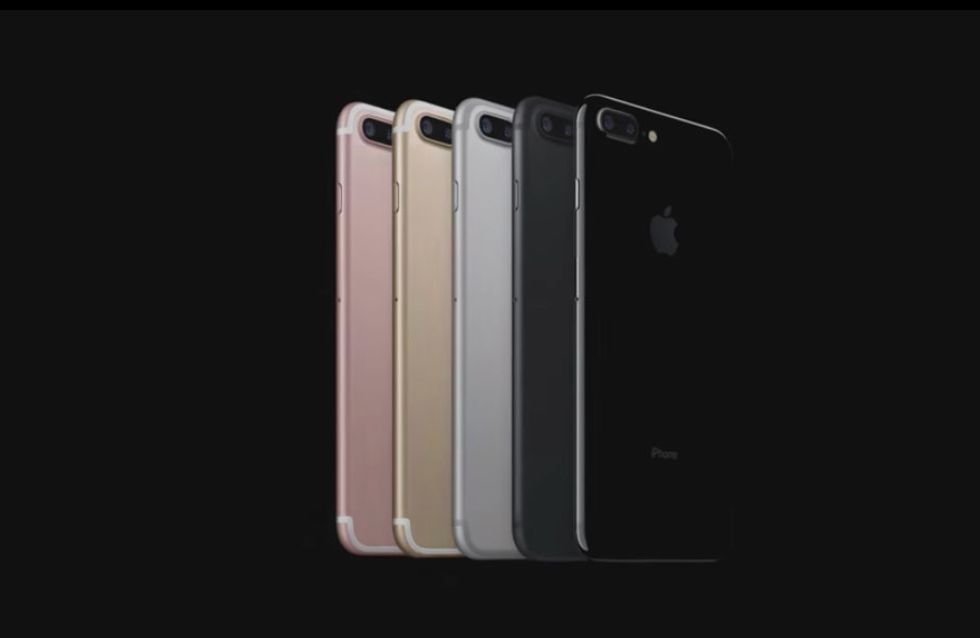 Last night Apple revealed details of the long-awaited iPhone 7 - and the slightly less-anticipated Apple watch - unto the world. Some were in awe of the new water-resistant iPhone, the 5.5. inch "plus" sized model, and the removal of the headphone jack to make way for the new wireless "AirPods." But mostly, people were pissed. Check out some of our favourite tweets on the latest Apple updates below.

1. All the Apple faults told with classic Apple fervour

2. This gal, confirming all of our fears with the new wireless "AirPod" headphones

there is no way in hell i won’t accidentally swallow these headphones somehow pic.twitter.com/oPLPGNimFj

Men on the internet: "how to talk to women that wear headphones??!?" Apple: "I got you fam"

4. Some people are practically choking over the £159 AirPod price tag...

They better have 'Find My #AirPods' for the price of those headphones… #AppleEvent pic.twitter.com/aMhCW4Vzin

5. ...Which means if you plan on doing any vigorous exercise, you may need to take extra precautions...

Scared of losing your #AirPods? Best drummer in world @DKtheDrummer of @MUTEMATH has a solution for you. pic.twitter.com/pxq1facHRn

6. The loss of the headphone jack is already falling victim to a classic meme

7. Apple may be ignoring the fundamental flaws that people ACTUALLY wanted to change

Me: What about a screen that doesn't crack whe-@Apple : WIRELESS HEADPHONES. pic.twitter.com/bbsXFbQdEh

8. People are still not sold on the idea of an Apple watch

can't wait to still not buy the apple watch

9. A theory on how the new Mario game will play out

In the new iOS Mario game, our hero's on a desperate mission to find an iPhone charger that won't fray #AppleEvent

10. But in reality, our hardest decision is picking which colour...

This is just a tough decision... #AppleEvent pic.twitter.com/5CZxZp5KNy

What do you make of the iPhone 7? Let us know! @sofeminineUK

Why You Need An iPhone 6: 20 Reasons We're Addicted To The iPhone