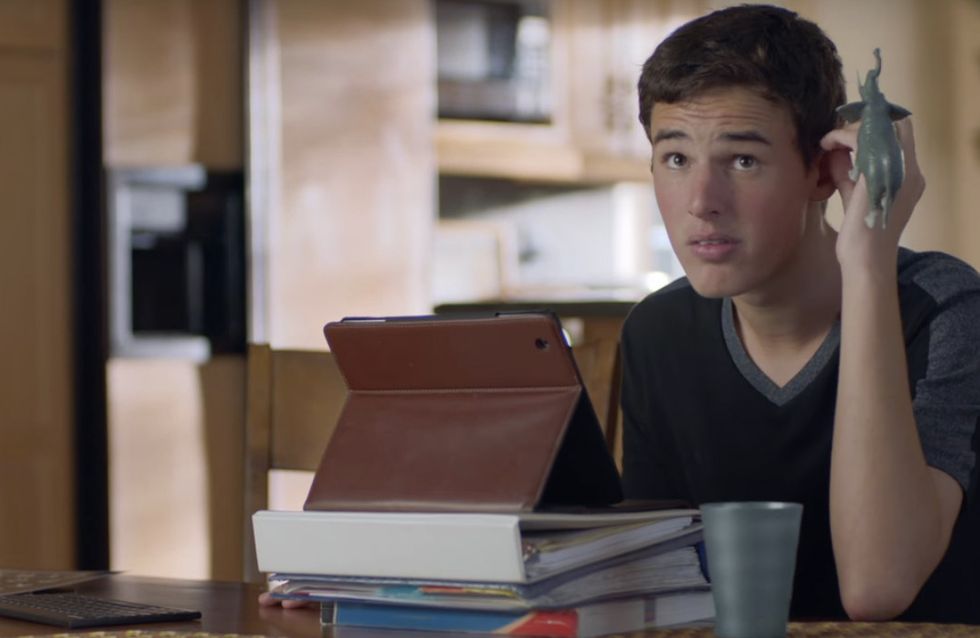 April is Autism Awareness Month, and this year Apple wanted to mark the occasion by demonstrating how their technology can help those on the spectrum. As a non-verbal teen with autism, Dillan Barmache uses his iPad to communicate with his friends and family, which has helped make his world a little less lonely.

​​Dillan Barmache is a non-verbal 16-year-old with autism from California. He is the star of the new Apple video released on 2nd April to mark Austism Awareness Month. The film, told by Dillan using the Augmentative and Alternative Communication (AAC) app on his iPad, allows non-autistic people to see into the mind of those with autism, especially those who are non-verbal, highlighting the fact that they share the same thoughts and emotions we do. Dillan expresses fear, sadness, loneliness - all feelings that have now been eased thanks to his AAC.

Dillan, like most teens, is a person with ideas and thoughts that he wants to share, and his iPad has ensured that his voice is heard. "Having autism is like being in hell, and it's a lonely existence," Dillan says in the video. "All my life I wanted so badly to connect with people, but they couldn't understand."

Now that Dillan can communicate with his friends and family, it has made his life, as well as the lives his loved ones, much easier. His communication aide Deborah Spengler said: "When he began typing, he said it was like being freed." His mother, Tami Barmache said that hearing her child's voice was a moving experience: "Hearing Dillan's voice is incredible, it's been life-changing. He's insightful and smart and creative."

Dillan's involvement in the Apple video comes after his graduation speech went viral in 2014 where he used his iPad to make an emotional address on his condition. He told ABC news that now that he has the means to communicate, he's really interested in the way people think and may study psychology in the future.

Dillan has been using his iPad for 3 years now. He told Mashable that the technology had drastically improved his life: “I get to have conversations, and have people dear to me see and hear the person I am. Having that makes anyone’s life less lonely, right?”

What you think of Dillan's story? Let us know! @sofeminineUK

​​​The 18 Curvy Women On Instagram Who Prove Big Is Beautiful