by Dagney Pruner Published on 6 January 2015 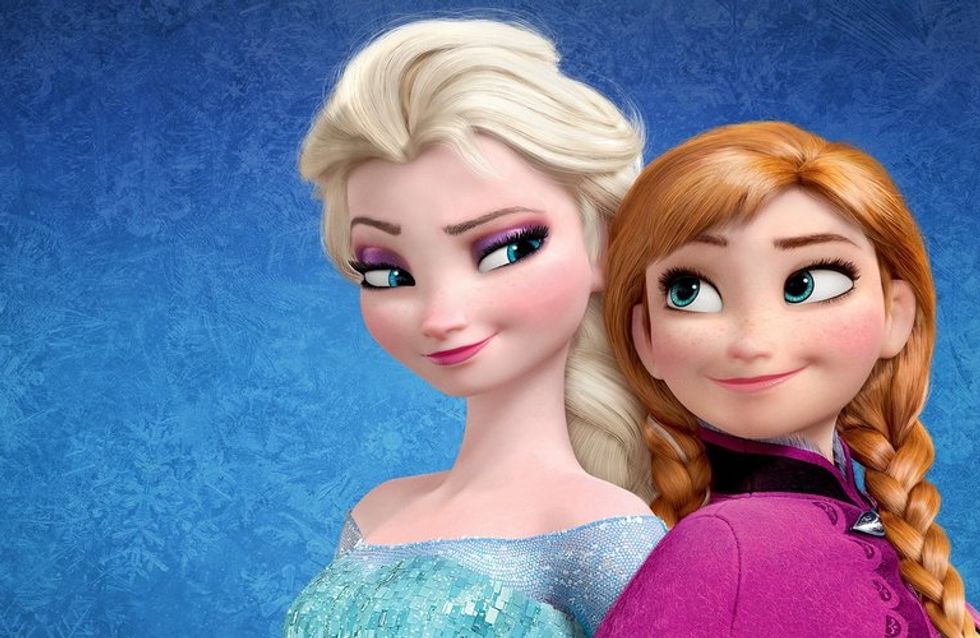 We all know that Disney movies have been getting lots of flack over the years for their habit of giving young girls the wrong message about love and self esteem. So Disney decided to come back guns blazing with the worldwide hit Frozen. Turns out the billion dollar franchise actually taught young girls (and yes, even us adults who secretly love it) some valuable life lessons.

So everybody has that Disney movie that they watched over and over again as a kid. For me, it was The Little Mermaid, a tale of a rebellious mermaid (I mean come on, who didn't want to be a mermaid when they were little?) who decided to defy her father's wishes and marry Prince Eric. Sure King Triton had a little bit of a control freak vibe to him, but the love story of The Little Mermaid was really about a girl who enlists the help of a manipulative woman (damn you, Ursula) in order to completely change her appearance so an airhead Prince could fall in love with her and make her a 16 year old child bride. In retrospect, not the best life lesson to teach impressionable young girls, but just like Frozen, the soundtrack was killer and in the end she did end up saving Prince Eric. So maybe there was a little feminism in there after all.

The rest of the Disney movies have similar undertones of women waiting to be saved by men while they are forced to clean up after dwarves or spin yarn for days on end etc. So Frozen decided to focus on a much more important relationship for most young girls: sisterhood.

So let's take a look at the 10 life lessons this Disney flick has instilled upon the youth of this generation. Thank you, Adele Dazeem.

1. If the guy seems too perfect, he probably is

Poor Anna just wants to be loved, so she falls for Hans who seems to know exactly what to say at all the right moments, and when he's eager beaver to get her down the aisle she probably should have had alarm bells going off. A guy who asks to marry you the SAME DAY that you met him? Huge red flag. You're only going to be able to fall in love with the right person once you have learned to love yourself, Anna. Also, he let her go out into the winter alone on horseback to save the Queen while he sat on his ass in the castle? WTF?

2. Family is never easy, but fight for it no matter what

After poor Anna and Elsa lost their parents and then became estranged, they didn't exactly have any role models for how a healthy family should operate. However, when Anna knew Elsa was in trouble she risked her life to save her sister's...even after she froze her heart with her sorcery. Bottom line: fight for your family even if it feels like they don't deserve it, after all, it's the only family you have.

3. Sometimes you just need somebody to make you laugh

Olaf, arguably the best character in the whole movie, didn't do much at all to actually help stop Hans or patch things up with Elsa; however, when the going got tough and the crew needed a pick me up he always found a way to make light of a situation. It may not solve any of your problems, but it will keep you sane and remind you that not every situation in life is dire. Everybody needs an Olaf.

4. When power hungry men are left to fight over the rule of a kingdom, they will probably mess it up

When douche-lord Hans is left to "rule" Arendelle he and thug heads like the Duke of Weselton (pronounced Weaselton) are all so busy disagreeing over how to rule the land and how to allocate supplies that the people of Arendelle end up cold and starving. This can't be the first time a blizzard has hit this town, if all the aristocracy left behind hadn't been peacocking the whole time they probably could have figured out a way to hold the fort down.

5. Love is what happens when you're busy making other plans

Okay so the saying may actually go "life is what happens when you're busy making other plans," but my point is that a watched pot never boils. Once you stop obsessing and singing into the open air like Sandra Dee about how badly you want to fall in love, it will probably happen. When Anna decided to fight to get her sister back and save the kingdom she fell in love along the way without even knowing it. And bonus, she fell for a guy who was a way better match for her.

Whether you believe in karma or not, I think good deeds get rewarded in the end. As Monticello once said "I am a great believer in luck, and I find the harder I work, the more I have of it." If Anna hadn't been willing to risk her life to save her sister, even after she had already frozen her heart and abandoned her since childhood, then they both would have never survived nor figured out the way to get rid of winter. Was it lucky? Maybe. But I still think Anna's willingness to sacrifice herself for the sister she loves shows that good things can happen to good people. Still don't believe me? Look what happens to Hans and Mr. Weaselton.

7. Be with somebody who challenges you

So this may sound bias since I am VERY team Kristoff (and team Sven), but I am big believer in finding a man that can challenge you. Sure Anna and Kristoff bicker, but they make each other laugh, they both saved each other (literally), and they call each other out on their bulls*t. That definitely has the makings of a way better relationship than some pretty face named Hans thinking you need to be saved all the time.

I am glad that they chose not to have a love interest for Elsa in the flick, because the truth is you don't need a man to rule. Once Elsa figured out how to harness her icicle-y powers for good she became one of the best queens Arendelle has ever seen. She opened up the castle to the public, put in a killer ice skating rink and united the kingdom. Go girl. Hans, you're still the worst.

9. If you're going to be your own stylist as Queen, design a killer dress

So this may seem like it's on the shallow side, but when Elsa creates her ice palace and whips out her new french braid hairdo and killer outfit, girlfriend was on point. If you're going banish yourself from home then you might as well imagine a knockout dress for yourself while you're at it. Did you see the slit on that thing? Even Angelina Jolie was jealous.

Most importantly, the flick taught us to be yourself. Elsa's powers made her a great queen, not an evil sorcerer. Once she learned to embrace that fact, she was able to take her rightful place on the throne and reunite with her sister. Anna also learned that being your goofy self who may suffer from word-vomit can also help you tap into your inner bravery. She managed to save almost every character in the movie at some point, and she was her quirky herself while she did it. Also, Olaf/Sven - way to stay true to yourselves, it wouldn't have been the same without you.

Do you think Frozen had some good life lessons? Tweet at us! @sofeminineUK