by Emmy Griffiths Published on 30 April 2014 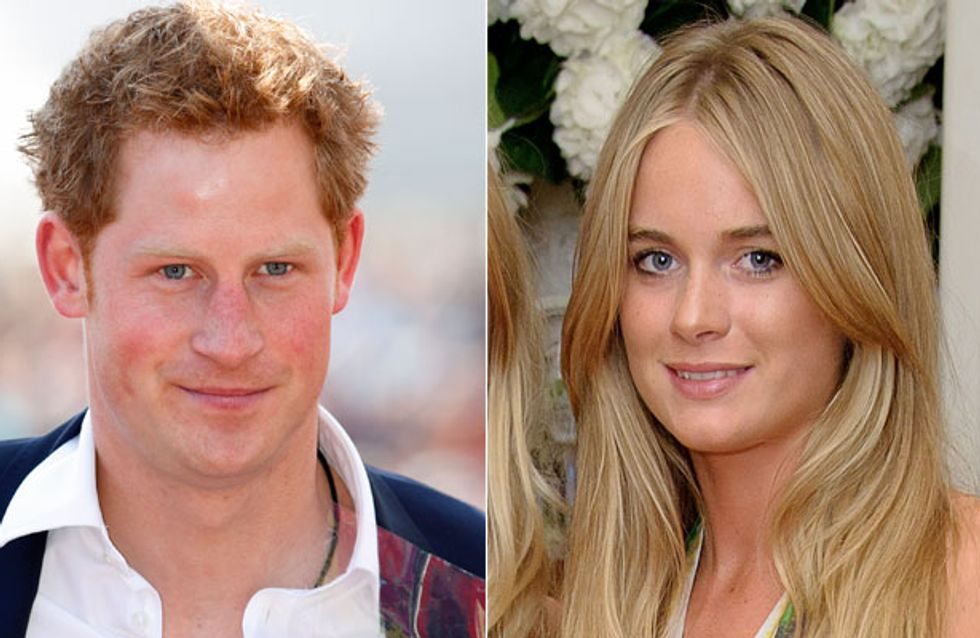 So it looks like all our dreams of having a new princess have been smashed as it has been reported that Cressida Bonas and Prince Harry have bid farewell to their happy ever after and have called it a day. Sob. Although the split has been reported as “amicable” (pssssh), here’s what we reckon might have been the straw the broke the camel's back...

So Cressida Bonas and Prince Harry have split up, and when we first heard we were all...

​However, once our hysteria let us think straight again, we now think there are plenty of reasons why this could have happened…

1. Cressida didn’t want to be compared to Kate

Don’t get us wrong, Cressida Bonas is a beaut, but Kate is kind of this generation’s Princess Diana with the face of an angel and hair that is so bouncy is literally doesn’t make any sense in relation to gravity. Comparisons were inevitably going to happen, and it makes sense Cressie wanted to AVOID. We’d be the same!

Let’s face it, if you saw snaps of your boy butt-naked in a Las Vegas hotel room, you’d probably be less than impressed. Having fun and being a boy is all well and good, but come on Harry! You’re 29-years-old!

3. She doesn’t want to be a princess

Being a Princess isn’t like Disney where it’s all puffy dresses, dancing at balls and marrying your Prince. Princess duties are HARD, and we’re still confused as to how Kate does it all with a smile permanently on her face.

4. She wants to pursue a career

We’re assuming that becoming Harry’s girlfriend would be a full-time occupation and maybe she just doesn’t fancy that. One of her friends told the Telegraph: “This gives Cressida the opportunity to focus on her career." Sounds like a good reason to us!

5. She did not want to have to change herself

There have been plenty of reports that Cressida was expected to change herself to fit in with royal life (apparently the Royal family can’t have festival attending dungaree wearing relatives) and if she decided to tell them they can shove it, we’d have NOTHING but respect for her. No one should tell you to be anything but yourself!

6. The pressure of constant attention would have been too much

Cressida would have been relentlessly hounded by paparazzi and have her every move scrutinised. Maybe she decided it just wasn’t worth it.

7. It would mean her whole family going under scrutiny

Her brother Jacobi Calthorpe once said in an interview he thought that Cressie was too much of a delicate wallflower to handle the pressure, saying: “She’s not a tough cookie at all. She’s a sensitive, sweet girl.” Since then, perhaps her family have had a nasty taste of what it is like to be in the limelight, and Cressie wants to spare them.

After all of the rumours that Harry was about to get down on one knee, surely the topic would have come up between them?! We’re guessing if Harry made no indication he was considering popping the question, it might have been a sign for Cressida to call it a day.

9. She didn’t want her life to be planned out

Once you’re a Royal, your days are totally planned out for you. You would literally be on a schedule…forever…

We can’t blame her for wanting to get the hell out of there!

10. She wanted some time to herself!

Hey, you’re only young once. Maybe she just wants to be single for a while!

But still, you’ve got to be a little crazy to let this one go…

Just look at him!

Sigh. Why do you think the pair called it a day? Tweet us @sofeminineUK