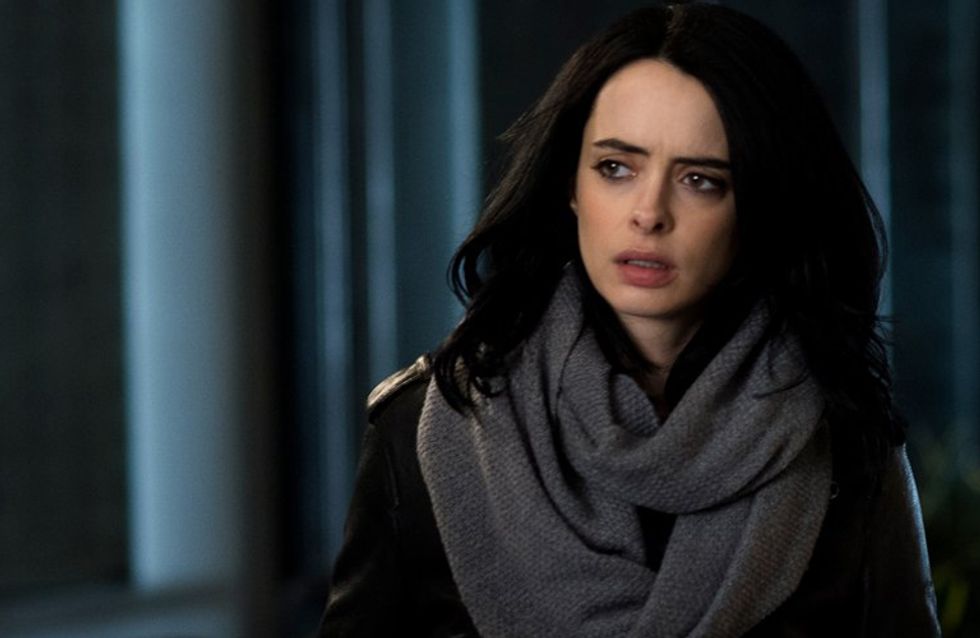 The new superhero drama Jessica Jones dropped on Netflix last Friday and if you didn't spend all weekend binge-watching it you seriously need to catch up. Although having a social life is great and everything, here's why you need to lock the doors, lower the blinds, change your Whatsapp status to 'busy' and tune into television hottest new drama, Jessica Jones.

After being forced to do terrible things against her will for months, budding superhero Jessica Jones cuts herself off from the world and creates a detective agency, turning to booze to forget her terrible experiences. But when a missing girl brings her back to the man who made her life a living hell, Jessica has to confront her fears once and for all to bring him down. Trust us, its gripping stuff.

The show has already been critically lauded

Rotten Tomatoes has scored 91% which means critical acclaim, and it really is THAT good! If you want to be one of the first to discover this show before it goes to Breaking Bad levels of crazy, get watching now!

Forget Loki, Ultron and that weird purple alien Thanos from Guardians of the Galaxy, because even the blockbuster villains do not compare to the terrifying Kilgrave, played fantastically by David Tennant (you should know that if you have a crush on the 10th Doctor and you are going to watch this show, that crush WILL be messed up).

As a psychopath with the power to control minds, you can imagine the amount of havoc he can wreck as he ruins lives without a second thought and what makes it all the more terrifying is his bemused attitude towards it.

We have been screaming for a female lead for years now and all we've been given as the Black Widow as a side character in the Avengers and the promise of a Captain Marvel movie in 2018, which is why we're so happy Jessica Jones is so brilliant.

Not only is she a total badass and a fully realised character to boot, there is no HINT of Jessica's gender being an issue throughout the show, and why should there be? Written by Melissa Rosenberg, this show just goes to show how fantastic female superheroes can be when written by a woman for women.

Its totally different to anything else Marvel has done

Like its predecessor Daredevil, Jessica Jones is set in Hell's Kitchen and has a dark grittiness to it which is most unlike Marvel's sparkly blockbusters. But the added noir tone gives the show a whole new 1940s-esque style and it just works.

The cast could not be stronger

From Breaking Bad's Krysten Ritter as the main character of the emotionally damaged, borderline alcoholic as Jessica to David Tennant as Kilgrave, the cast is simply top notch.

It isn't an origin story

For everyone who's a little sick of watching how characters got their superpowers (we get it Peter, you were bitten by a radioactive spider, get over it), this show doesn't beat around the bush with revealing how Jessica got her powers. Rather than starting at the beginning of her story, the show starts long after she has been destroyed by Kilgrave and has given up her superhero dream, so we only see what happened through short flashbacks and honestly? It is a seriously refreshing change.

It deals with issues like PTSD and rape properly

With Kilgrave's powers, serious issues such as rape, abuse and PTSD and are unavoidable aspect of the plot, and they are by no means sensationalised and we are so glad to see it. We know the horror that the characters go through by their stories rather than seeing it, and we're so glad that they chose to explore these issues in a respectful manner.

Just in case you were worried that it'd be a little too depressing, we promise its not! Jessica usually saves a situation from doom and gloom with a quick witty line, and we are just waiting for all the one-liners to become gifs.

It is rammed with twists

We don't want to give anything away, but there's a reason you'll be unable to tear your eyes from the screen. Just wait till episode 10. Good grief, episode 10...

It ties in with Daredevil and other upcoming Netflix shows

Following Daredevil and Jessica Jones, two more shows about Luke Cage and Iron Fist will be released on Netflix before the four heroes merge together to create the The Defenders, much like the Marvel movies (but a Netflix version when we can watch all 13 episodes at once in our rooms with Dominoes pizza on speed dial). If you want to be in for the ride, we suggest you get cracking on Jessica Jones already, you won't regret it!