by Emmy Griffiths Published on 19 November 2015 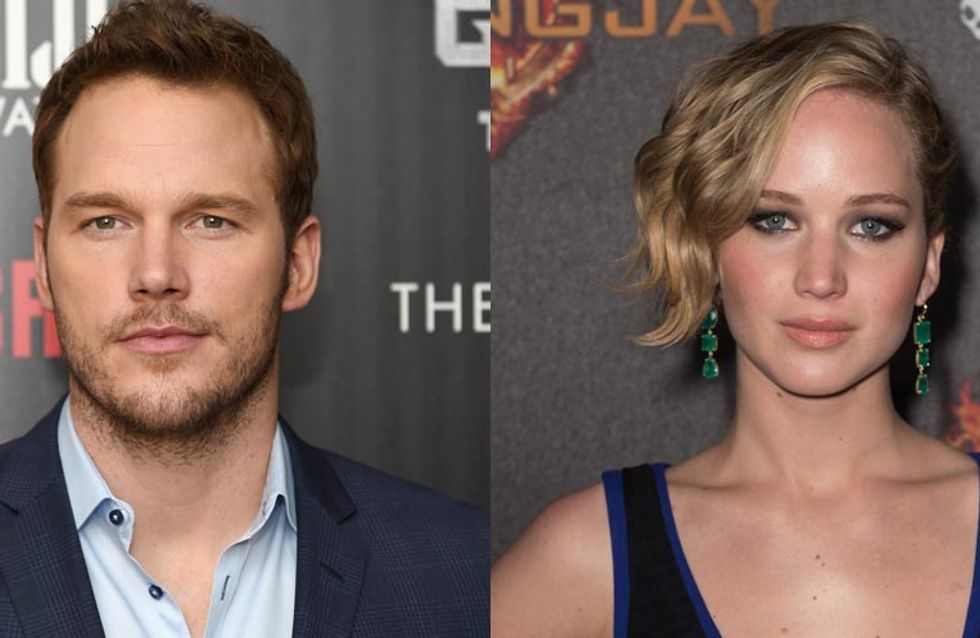 Just close your eyes and dream with us for a moment. Imagine that you were Chris Pratt's love interest in a film. Imagine you had to kiss him AS PART OF YOUR JOB. Would you try to remember every moment then feverishly write about it in your diary, or freak out and get drunk like Jennifer Lawrence did? Yep, the lovely JLaw was so worried about kissing a married man she got absolutely trashed. What a sweetie.

Jennifer Lawrence might have been in a couple of Oscar-winning and multi-million dollar franchises, but she had always managed to avoid sex scenes, until now. For the 2016 sci fi movie Passengers, JLaw had to do a sex scene with the one and only Chris Pratt and was reportedly terrified.

She told The Hollywood Reporter: "Everything was done right; nobody did anything wrong. It’s just a bizarre experience. It’s really weird.”

So much like us when we're in a problematic situation with no foreseeable way out - the girl got really, really drunk. She said that after she'd had a few bevvies: "it led to more anxiety when I got home because I was like, ‘What have I done? I don’t know.’”

“He was married, and it was going to be my first time kissing a married man and guilt is the worst feeling in your stomach. I knew it was my job, but I couldn’t tell my stomach that. So I called my mom and I was like, ‘Will you just tell me it’s okay?’ It was just very vulnerable. That was the most vulnerable I’ve ever been.”

So why is there a sex scene in the sci fi movie? The synopsis on IMDB reads: "A spacecraft travelling to a distant colony planet and transporting thousands of people has a malfunction in one of its sleep chambers. As a result, a single passenger is awakened 60 years early. Faced with the prospect of growing old and dying alone, he eventually decides to wake up a second passenger."

How would you react if you had to kiss Chris Pratt? Tweet us @sofeminineUK!

WATCH: Benedict Cumberbatch Is The Biggest Supermodel In The World In The New Zoolander 2 Trailer