10 Things You'll Only Know If You're A Child Of Divorce 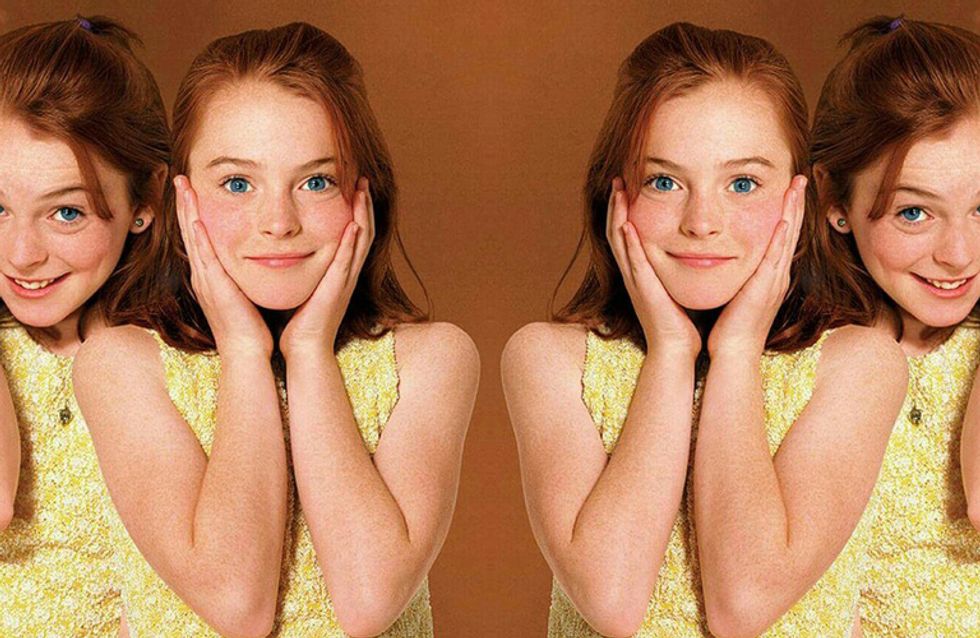 Being a child of divorce is both not too bad and utterly horrible, depending on how your pesky parents deal with it. D-Day is pretty much remembered as the point in life where you realised your parents weren't superheroes, but regular people fighting over who's going to get to keep the fancy dinner plates. We're with you, children of divorce!

1. Living that Parent Trap life was your utlimate goal

You'd watch The Parent Trap (the Lyndsey Lohan version, of course) over and over again, in the hopes that you could figure out a way to get your Ma and Pa back together again. But then you realise you have a brother, not a sister, and you aren't even twins, so you'd go and punch him hard for RUINING YOUR LIFE.

2. Christmas is both a blessing and a curse

It's totally awesome that once you've got one set of prezzies at your mum's house, you get a completely new pile at your dad's too. So. Many. Gifts. But it's the fact that to get those gifts, you have to do a helluva lot of scheduling to get where you need to be. Christmas is a time to relax, right? Not when you've got divorced parents.

3. You know your parents are going on WAY more dates than you

Urgh, how depressing. Your mum has a hot date with an Italian stallion and you have a hot date with a Chinese takeaway. It's like you've swapped lives: your mum's borrowing all your new clothes to impress a guy, and you're shouting to her not to trust strangers from the front door in your slippers. Plus, that probably means your parents are having way more sex than you. When they were together, it was easy to know how many times your parents had done the dirty with each other - once to conceive you, and then a couple of extra times if you have any siblings, right? Well, now that they've broken free from the chains of their marriage, now the blinkers are off, now the cast iron padlock has been ripped ruthlessly from their chastity belt of marriage, they're free to do the dirty as many times as they like. It's totally gross but it's the truth, I'm afraid.

4. You don't get involved in their bad-mouthing of each other...

Now that they're not together, your parents have practically written a whole book and two sequels full of things that they hate about each other. And who do they choose to be the lucky one to listen to it? You, that's who. Yeah yeah yeah, your dad's really bad at putting the toilet seat down and your mum's cooking is atrocious - you know these things already, you don't need to hear it from your parents every time they've had a couple of sherbets.

5. ...UNLESS you can get something out of it

I mean, if your dad's willing to buy you dinner because your mum NEVER takes you out, that's an offer you can't refuse. Then you're more than happy to discuss your mum's stingy nature with your pops, also known as your new best friend and confidant...

6. You kinda didn't believe in marriage for a while there

It's hard to feel excited about marriage when your parents took love out back and shot it in the face. But once you decipher the difference between what makes a good marriage and one that just doesn't work, you'll realise that marriage doesn't always work, but that doesn't mean you shouldn't give it a go for yourself, right? Just learn from your parents and make good choices, mmkay?

At your graduation, wedding, 30th birthday party, baby's christening, you're going to have to go through that hellish experience of inviting both of your parents to the same event, maybe even one where they're have to sit next to each other. It's painful, there's no doubt about that, but you have to take every little victory - at your wedding, you can sit them on opposite sides of the church! Take it! Take that positivity! You're going to need it to get through life!

8. Friends with parents who are still together weird you out

Like, what, so their parents are still together? And they like it? Whuuut? People just don't do that these days, surely! They've been together twenty-five years?! That ain't right, guys. It ain't right.

9. ...And going round their house was strangely... normal

As a kid, when you went to your mate's for a sleepover, you'd end up shaking them awake and asking when all the yelling was due to start. And when they inform you that no, there won't be any screaming matches, it kinda makes you sad because it meant you wouldn't be allowed ice cream for breakfast like your parents gave you when they felt guilty.

10. Your parents divorce ended up costing you a lot of money

Are you a child of divorce? Let us know! @sofeminineUK