11 Times Joey Essex Made Us Face Palm. His Dumbest Ever Moments

by Emmy Griffiths Published on 17 March 2014 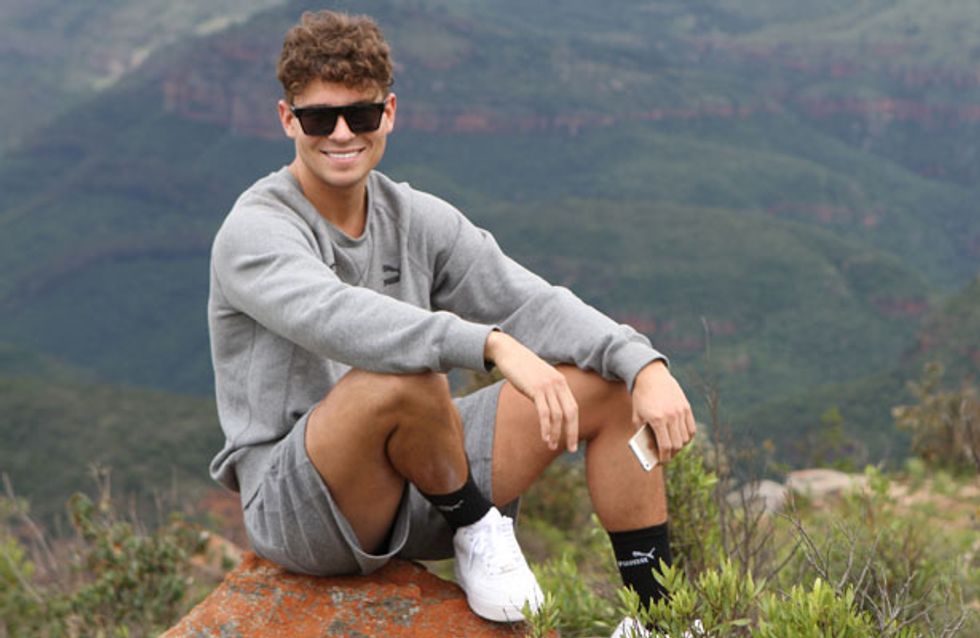 Joey Essex can be frustratingly naive, but fortunately his lack of knowledge on absolutely everything only makes him more endearing! The Only Way Is Essex star’s new show Educating Joey Essex follows Joey as he is sent to South Africa to broaden his horizons. Watching his wide-eyed simplicity is adorable, and we couldn’t resist looking back on some of Joey’s silliest moments…

When Joey was told that ‘horse-power’ meant that the car is powered by tiny horses in the engine, he simply blinked and said: “Really?!”, his eyes full wonder. No Joey. Just no.

2. How many sides does a square have?

You’d think he would know how many sides there are to a square, and as you watch and think he just has to know the answer otherwise you WILL lose faith in humanity, he confidently declares: “six”. Six. According to Joey, a square has six sides. We don’t know what to say.

3. Is that why they’re called goats?

Chloe and Joey are talking about goats, when Chloe points out that they might be called goats because they have goatees. It takes Joey a moment to process, then in a moment of discovery he replies: “Yeah…that is so right!” Ah you guys.

Joey's answer: “Russia.” RUSSIA? YOU THINK THE COUNTRY THAT BORDERS WALES IS RUSSIA? We just don’t know how to react to this. We need an explanation as to how he became this way.

Apparently learning to blow your nose “professionally” is a waste of Joey’s time. He’d rather just wipe it and move on. We should mock respect his views!

Joey can tell digital time, but just doesn’t understand how the arms around a clock work. Our five-year-old selves totally empathise with him. Fortunately though, he has Miss Universe Great Britain 2013 to teach him how it’s done.

Joey wants to get onto the professional party scene when he’s quizzed on his previous experience. His answer? Well…he worked in a fish market once…

8. I thought Danish was a type of meat?

Joey was totally overwhelmed with the laughter from the audience when he was unable to answer the question: “Where does Danish bacon come from”, declaring: “how was I meant to know that?!” To some people, Danish is nothing more than a type of meat. And when we say some people, we mean Joey Essex.

9. “I wouldn’t confrontate someone for no reason”

Joey earnestly promised that he wouldn’t confrontate someone without good cause. Confrontate.

10. Who’s the Prime Minister of Essex?

Joey is impressing a pretty girl by telling her he’s actively interested in politics, but she makes the major mistake of asking him who Prime Minister is? Poor Joey felt nothing but utter confusion!

11. Did Richard and Judy create the world?

Joey casually got Richard and Judy confused with Adam and Eve, as you do! This might be our favourite just for Holly Willoughby’s reaction. We’re not sure we’d be able to keep it together either!

What do you think of Joey? Dumb or adorable? Tweet us @sofeminineUK

Absolutely bonkers
by the editorial team