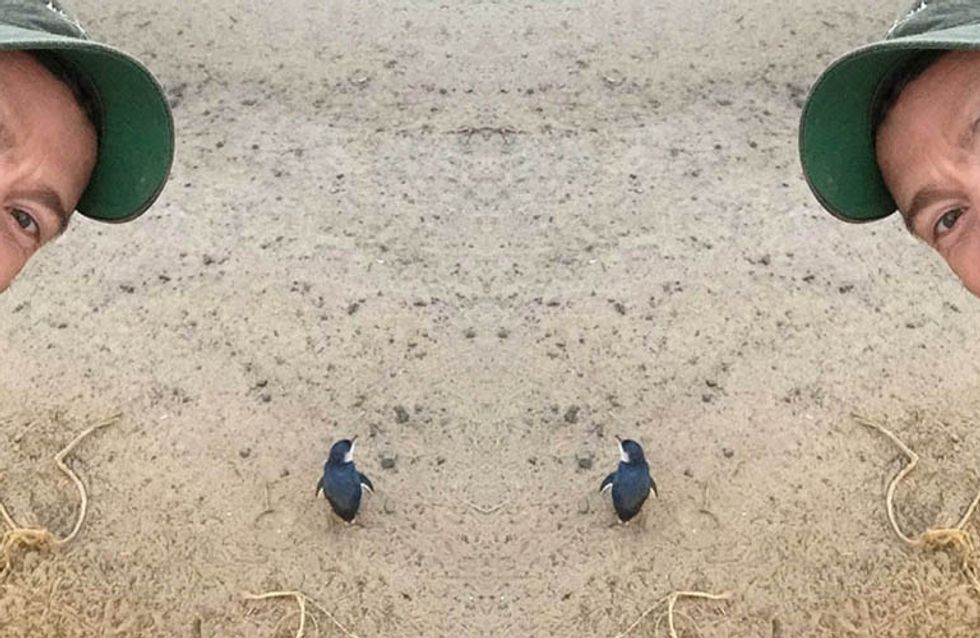 What a year 2015 has been been was celebrity la-la-land. Madonna took a spectacular dive at the Brit awards. Star Wars became the fastest high-grossing movie of all time. One Direction announced their hiatus. And all the while our dear sweet Hugh Jackman was always there in the background taking delightfully dorky selfies for his fans. Let's review...

When he went to the Dentist

Of course he'd be smiling at the Dentist - LOOK at those teeth though. Going to the dentist for him must be like winning pupil of the week at school, even though his caption read: "At the dentist ... This is the BEFORE I found out I was having a tooth pulled."

When he looked REALLY Australian

All that's missing are corks dangling from that hat Hugh. Something to work on for 2016 perhaps.

When he met this panda

When he posed with his wife Deborra and they were adorbz

Almost 20 years of marriage and they're still posing like a couple of teenagers! #RelationshipGoals

When he was loving rehearsals

Have you ever seen any man so happy to be at work? HAVE YOU?

When he rocked those sunnies

Not many people can pull of the Steampunk John Lennon look, but he is one of them.

When he looked all beardy

When he was just really proud of his selfie skills

The caption read: "If I do say myself, I'm getting rather good at the selfie. Better late than never!" We love this man.

When he didn't really explain this photo properly

When he was a textbook Instagrammer

He's such a Dad on Instagram! "Back to beginner "selfie" class! #breakfast #mostimportantmealoftheday"

When he celebrated Christmas

At this moment we realised we are ALL Hugh Jackman.

When he posed with this...thing...

Is it a womble? A large rat? Either way, Hugh was smitten.

Is Hugh Jackman one of your favourites? Tweet us @sofeminineUK!