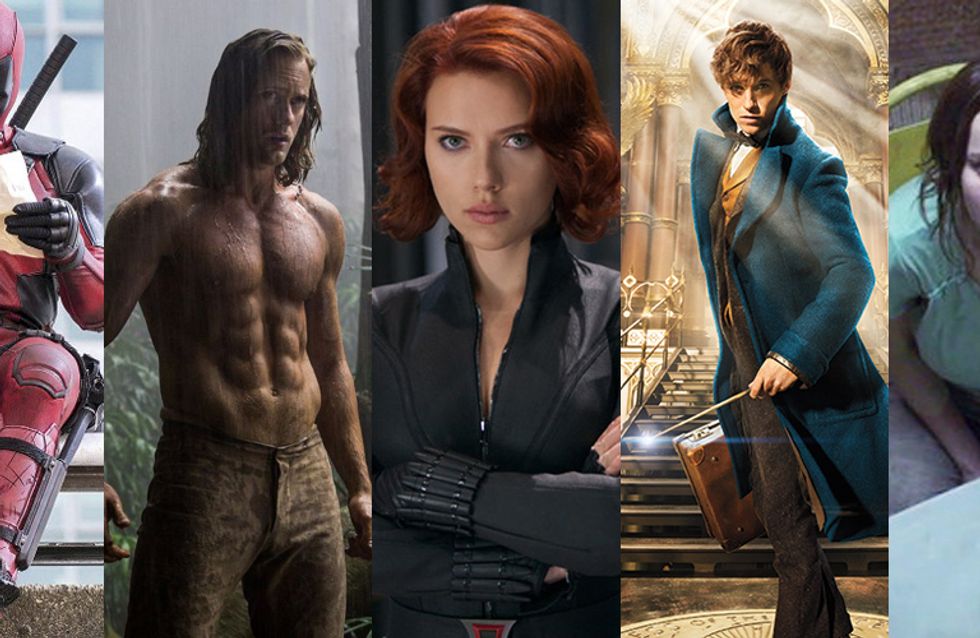 Sure we might not be getting Star Wars Episode VIII until 2017, but there are so many amazing movies being released in 2016 to keep us more than occupied! Here's what we're most looking forward to seeing in 2016...

Room has already opened in the USA to critical acclaim, and will be released in the UK in January. The story follows a young woman who has been kept captive for seven years in a small room and her five-year-old son, who knows nothing of life outside the four walls of their prison. The film is told mostly from Jack's point of view as he and his mother plan a daring escape attempt, and as he learns about the world outside of 'Room'.

After being horribly experimented on, Wade Wilson goes after the people who ruined his life (and his beautiful, beautiful face) with fast healing powers and a sense of humour that just won't quit by becoming the potty-mouthed Deadpool. This one looks like it could be THE superhero film of the year, putting a refreshingly foul-mouthed spin on the genre that has taken over cinema.

This one looks seriously badass. Not only do we have a god-like Superman being worshipped as a hero (something very unlike Superman to enjoy), we also have a Ben Affleck Batman waging a personal vendetta against the Kryptonian with the help of a whole new Alfred (Jeremy Irons) and a maniacal Lex Luthor (Jesse Eisenberg).

After the somewhat surprising success of Snow White and the Huntsman, the smouldering huntsman Eric played by Chris Hemsworth is back to battle the evil Queen (Charlize Theron) along with her sister, the ice Queen Freya (Emily Blunt) after they throw the Kingdom into jeopardy.

Our two favourite avenging superheroes are going up against each other in the third Captain America instalment. The synopsis is vague on details, simply reading: "A feud between Captain America (Chris Evans) and Iron Man (Robert Downey Jr.) leaves the Avengers in turmoil", but from the trailer it looks like the feud will erupt as Captain America attempts to protect his friend Bucky.

The first two movies from the rebooted X-Men franchise that took us back to the sixties were both freaking awesome, and the third looks to be no different. Fighting the 'original' mutant, an all powerful man named Apocalypse, Xavier and his merry band of X-Men must once again go against his old friend Magneto to fight off their biggest threat yet. Yep, we're in. See you all at the cinema.

The Legend of Tarzan

There's gorillas and abs and Margot Robbie kicking ass and abs and Victorian gentlemen and abs. Alexander Skaarsgard is due to star as Tarzan, and we don't like to mention it but his abs really are something spectacular in the trailer. The story sees Tarzan settled down in London life ten years after leaving the jungle only to be forced to return after Jane and his friends are kidnapped. We are seriously all over this one, and not just because of abs.

The reboot of the classic spirit banishing team of misfits sees our favourite funny people including Kristen Wiig and Melissa McCarthy kicking ass and fighting ghosts.

Let's face it: sometimes the bad guys are so much more interesting than the good guys, and if the trailer is anything to go by, the Suicide Squad is going to be bloomin' brilliant. A mismatched team of sociopaths and miscreants are brought out of maximum security prison to save the world - and if we're honest we're already planning our Harley Quinn fancy dress for Halloween.

Benedict Cumberbatch. In the Marvel Universe. As a Superhero. Sorry, what wonderful, wonderful things have we done to deserve this little piece of sunshine in our lives? Benebabe Cumerlove is due to play Stephen Strange, a world class surgeon who discovers magic after badly damaging his hands in a car crash ends his career. 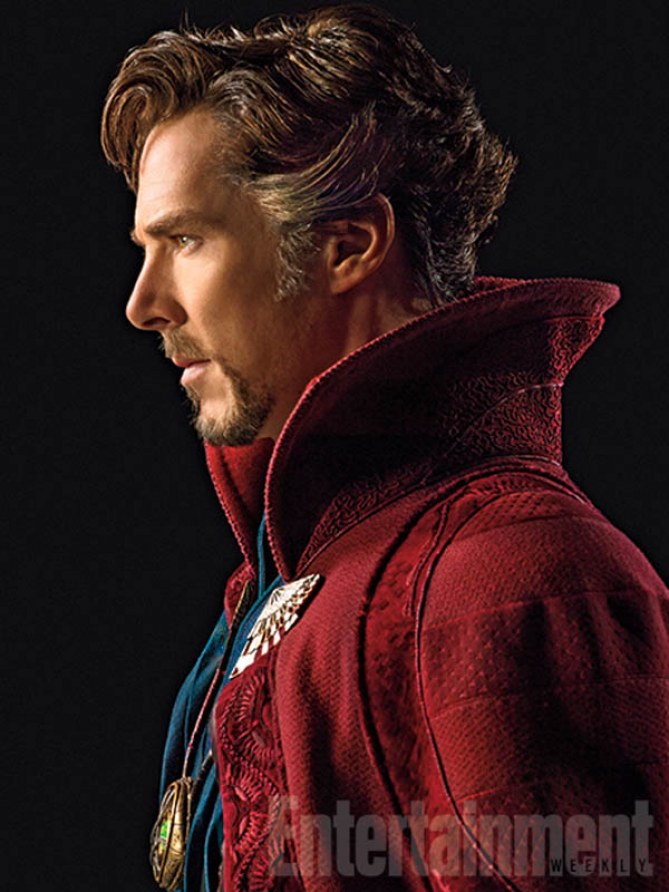 Fantastic Beasts & Where To Find Them

As Luna Lovegood once said: "Things we lose have a way of coming back to us in the end, if not always in the way we expect." The Harry Potter universe is finally back in our lives, and Potterheads everywhere can have something new to obsess over. Rather than rereading the adventures of Harry, Ron and Hermione, this time we go way back to the 1920s where magizoologist Newt Scamender is creating havoc in NYC.

As well as the Franchise we all know and love, Rogue One is the first of the planned one-off features set in the galaxy far, far away without having anything to do with the main story. Rogue One will be set shortly before the events of Star Wars Episode IV: A New Hope, and will focus on a group of Rebels planning to steal plans to the Death Star.

Which one are you most looking forward to? Tweet us @sofeminineUK!