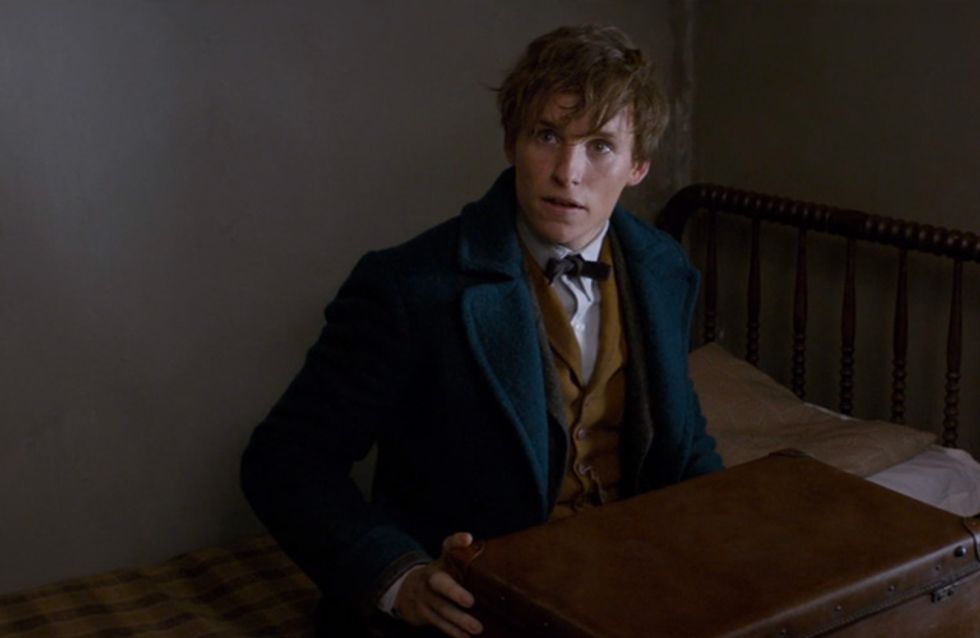 Watch yourselves because the world of Harry Potter is BACK and it's crazed fans are right there with it. The first trailer for Fantastic Beasts and Where To Find Them has just been released and we are losing our Potterhead minds over how great it looks...

Okay, we're trying really hard not to go too overboard with the fangirling here, but if you loved the Harry Potter movies it'll be hard not to be moved watching this trailer.

​From Eddie Redmayne's Newt Scamander whispering: "Lumos maxima" at the beginning (just like Harry does at the beginning of Prisoner of Azkaban!) to seeing JK Rowling's names in lights as the screenwriter, the magical world of Harry Potter is BACK! Check it out...

Although the trailer is little over a minute and a half long, we also have a basic idea of the plot and Newt's place in it. Magical creatures escape into New York City, and we'll hazard a guess that either Newt is the one who releases them, or he is the one who has to find them all.

​With this in mind, who do you think the 'big bad' will be in this film? Could it be a dragon is on the loose in NYC a la Jurassic Park? Could Grindelwald be lurking around in the 1920s? Either way, we are EXCITED.