15 Things We Learned From The AMAs Last Night

by Dagney Pruner Published on 24 November 2014 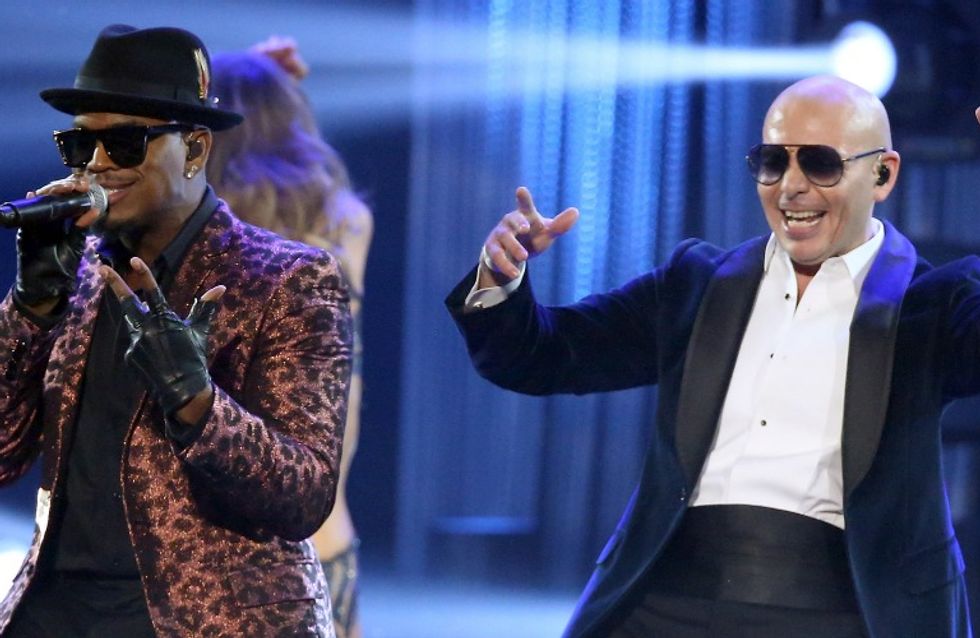 The AMAs didn't have too much drama last night, but we did learn one main thing: it was all about the women in 2014. Between the numerous female collab performances, Fergie's return to the stage and Selena Gomez's heart-wrenching number, we think the Spice Girls would be proud when we say: girl power.

After the "Blank Space" music video we knew that T Swift had no problem showing us her crazy ex girlfriend antics. She brought those to the main stage with her "Blank Space" performance last night and whipped out that crazy look her in eye along with some fire pyrotechnics and male backup dancers unlucky in love.

2. Nobody knows how to volumize their hair better than One Direction

Seriously. Look at all that volume. We need to know what hairspray they use ASAP.

3. Charlie XCX is not afraid of a little latex

Maybe it's just us, but those hairdos do look pretty similar. Needless to say it's not a look we have been seeing a lot of until the Kim Kardashian photoshoot.

5. Five Seconds of Summer's skinny jeans game is ON POINT

Seriously though, look at those gams. Can somebody say thigh gap?

6. The mic was WAY too short

We're not sure who decided to make the microphone at the AMAs four feet tall, but it made it pretty awkward for those tall celebrities like T Swift. This made for lots of hunchback moments during the acceptance speeches.

7. Sam Smith is bringing the cloak look back

Count Dracula has nothing on Sam Smith.

She doesn't look a day over 25, neither do her tatas.

9. Nicki Minaj decided to dress the most conservative we've seen her

We've gotta say she looks just as good all buttoned up as she does when she has her curves out on display.

10. Ariana Grande has some insane pipes

For such a little girl she really can belt it out. The mini Mariah Carey left it all on the stage with her performance, Big Sean wasn't in attendance, but we have to imagine he was swooning watching it on TV.

11. Jessie J and her crew brought down the house

Jessie J and her "Bang Bang" confidantes Ariana Grande and Nicki Minaj absolutely killed it. She sounded totally on point and was werkin' that jumpsuit like it was nobody's business. Onesies are back.

12. Lorde left her heart and soul on the stage

Lorde absolutely slayed her performance of the new Hunger Games: Mockingjay - Part 1 theme song "Yellow Flicker Beat" and her headbanging was top notch. Given the haunting sound of the song we are guessing the new Hunger Games flick is not going to be what we would call a pick me up.

13. Josh Duhamel and Fergie are the cutest couple of all time

Josh Duhamel had the most precious intro for his wifey Fergie Ferg for her return back to the stage after giving birth to their child. He noted in his intro that in addition to being an extremely talented performer, she also happens to make extremely cute babies. FML. We would love to know what her workout consisted of because her legs and booty looked absolutely faboosh.

14. In case you didn't know it already, everything Taylor Swift touches turns to gold

Diana Ross presented Taylor Swift with the first ever Dick Clark Award of Excellence. Given that she's broken almost every record out there with her new album 1989 we are not surprised in the least that she was given the honor. Her acceptance speech was pretty cute and she had her BFFs front and center: Selena Gomez, Karlie Kloss and Lorde.

15. Selena Gomez can bring tears to even the dryest of eyes

Selena Gomez's performance of "The Heart Wants What It Wants" moved the entire audience of the AMAs, including bestie Taylor Swift who was seen crying during the show. Rumor has it she can be heard saying "I love you, Justin" at the end of the performance. The Beibs better haven't sent one epic bouquet of flowers for that performance.

Bonus: Jennifer Lopez is in fact the Sexiest Mom Alive

We're pretty sure JLo found the fountain of youth and is keeping the secret to herself because that woman simply just does not age. Her performance of "Booty" with Iggy Azalea was on fuego, and their booties simply just won't quit.

What was your favorite moment of the AMAs? Tweet at us! @SofeminineUK

Red Carpet Recap: The Hottest Celeb Looks Of The Week

The 12 Most Sexist (And Offensive) Lyrics By Artists You Love