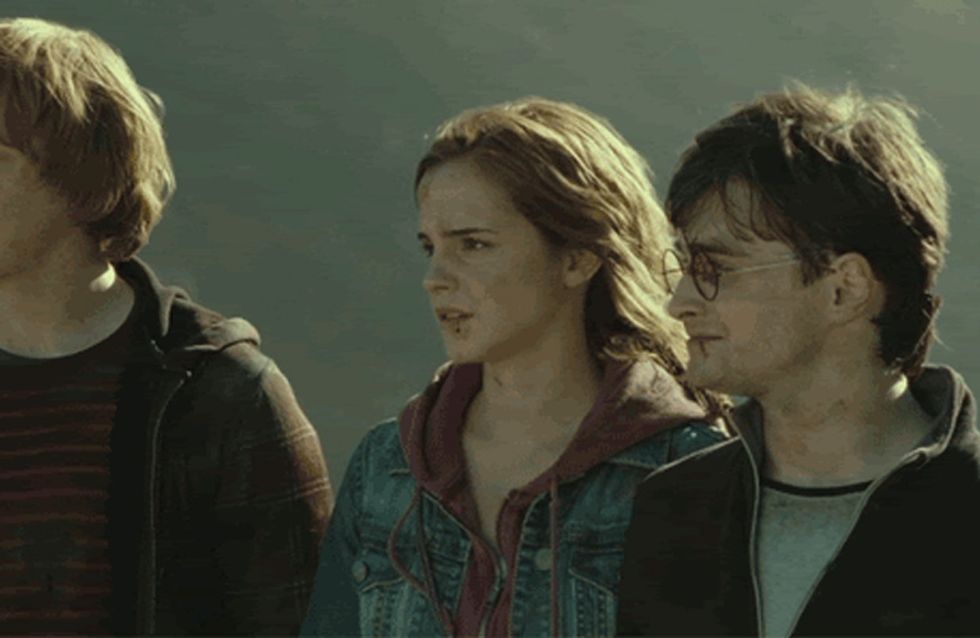 Sure it isn't easy when your two best friends start falling in love but Harry Potter did NOT play it cool.

We all know Harry Potter

He saves the wizarding world a few times while dealing with typical teenage drama over the years like dealing with his abusive Aunt and Uncle and protecting his Godfather who is wanted for murder, etc. You know, the usual stuff.

"The scar had not pained Harry for nineteen years. All was well." *Round of applause*

Your two best friends falling in love can't be easy, but it seems Harry was totally ignorant this was even happening

EVERY TIME Ron and Hermione had a moment, HP would promptly ruin it

Seriously he NEVER lets them have a moment

TURN AROUND HARRY YOU VOYEUR.

THE BOY WHO COCK BLOCKED

Seriously take a hint and stop joining in man!

He even tries to nestle in on Hermione

Seriously Harry back off right now and we'll pretend this never happened.

At least Ron gets his revenge

To conclude: it's a miracle Ron and Hermione actually managed to get together

Though they had to get to the Chamber of Secrets to get far away enough from Harry for it to happen.