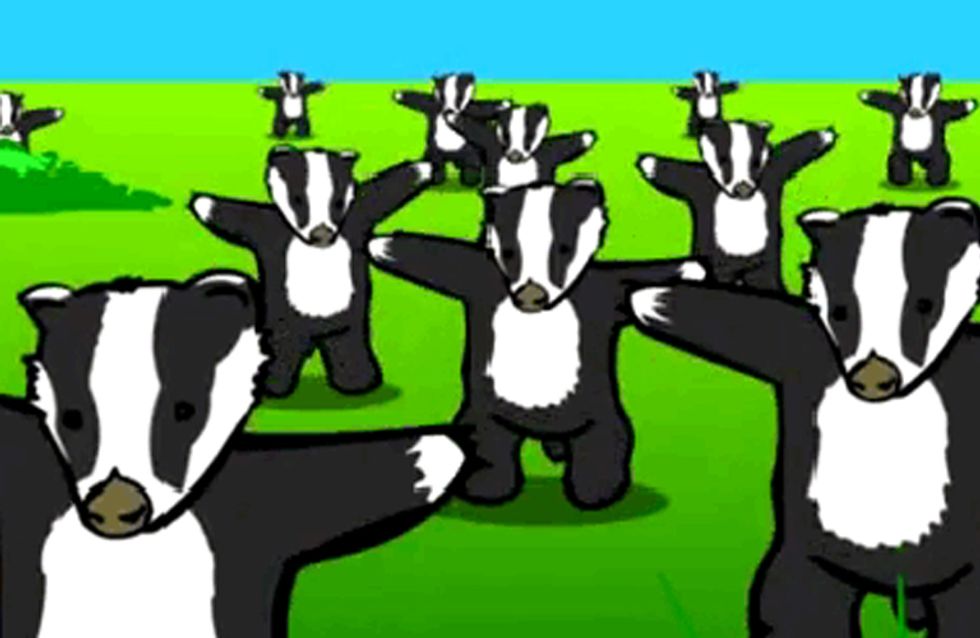 The Internet is such a weird place. Trends come and go so quickly that looking back on a the biggest Internet joke merely weeks after it happened seems bizarre. Why did we all become obsessed with a guy who works at Target? Why did we all watch the public try to jump over a large puddle? But how well do you remember the trends that happened YEARS ago? Check out our favourites from an Internet gone by...

Before you play the video, just try to remember the song. We're sure you can. This video may have been released in 2008, but we will remember the lyrics "BADGER BADGER BADGER MUSHROOM MUSHROOM" for the rest of time. But what was it? Why was it so good?! There were badgers and a mushroom and a snake - was it allegorical?! I fear we will never know.

This woman is such a sweetheart, and this is a GREAT prancing workout.

The Internet was a really rough place for anyone called Charlie in the late Noughties. Also see Charlie Bit My Finger.

EVERYONE did the Harlem Shake at least once, but this army going absolutely batsh*t crazy for it is our absolute favourite.

This is the ultimate nature documentary. You are learning so much about the honey badger in this video, but mostly that they are just "craaaazy!"

Did anyone make up a dance routine to this at any moment? Yeah me either...

Aint Nobody Got Time For That

Let's face it: we all still say this even though we know it's totally outdated.

This song is a National treasure.

Why did we ever let this get famous? It was SO annoying.

This is the story all about how the one kid's most secret, nerdy moment in which he fought valiantly with a lightsaber in his garage become a viral sensation. Can someone track him down and find out if he's lived it down yet?

Was it the choreography that we found SO impressive, or was it just the fact that these prisoners were just so into Michael Jackson dancing? Either way, this video was so awesome.

Was this guy as high as a kite, or was he just THIS overjoyed to see a double rainbow? We like to think it was the latter.

It was the first to spawn a million copycats, and so this wedding party dancing down the aisle video will always have a special place in our hearts!

Will this ever not be funny? It was the first real Harry Potter spoof, and the puppets (especially the Dumbledore puppet), will always have a special place in our hearts. If you watch this video and can chime in with the new characters perfectly, chances were you were on the Internet WAY too much seven years ago.

I firmly believe that the man your man could smell like will pass into folklore and legend. That's how epic this video was.

Always there to help, the sassy gay friend would jump in on famous characters before they were about to do something crazy and stop them in their tracks, giving them a sassy reality check for them to sort their lives out.

To all the single men out there: she just loves cats, okay? Dry her tears and take her out on a date. Preferably to one of those modern fancy cat cafes.

Considered to be one of the worst songs of all time, for better or for worse Rebecca Black's 'Friday' became part of our culture for one beautiful moment. The questions in the song defy logic itself, and have confused philosophers ever since the song's release four years ago. The big question is, which seat DID she take?! I fear we will never know.

Baby Monkey On A Pig

It's no wonder this became SUPER viral. Not only is it totally bizarre (spoiler alert: there is a monkey riding backwards on a pig), but the song will stick in your head for days, it's that catchy and yet stupid.

10 Podcasts That Will Change Your Entire Attitude Towards Commuting