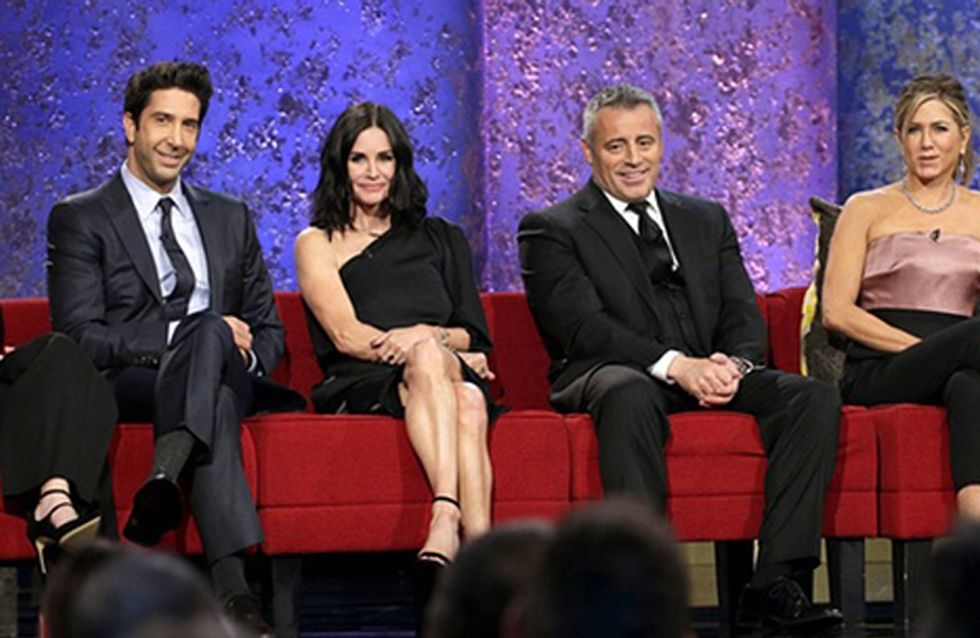 OH. MY. GAAHHD. It looks like it wasn't just the characters in Friends hooking up with each other! If the gang's chat at the reunion the other night if anything to go by, it sounds like there was as much actions going on behind-the-scenes as there was on camera. THIS IS BRAND NEW INFORMATION.

The Friends cast (with the exception of Matthew Perry who couldn't make it as he is performing in a play in London), joined up again to celebrate TV director James Burrows in a much anticipated reunion special. While all in all, the reunion was a BIT of a damp squib, we gleaned one very interesting piece of information from David Schwimmer (oh Ross, you chatterbox you), when the gang were asked if they really did have a 'no sex' clause in their contract.

When Lisa Kudrow (Pheobe) turned to David to answer the question, he said: "well, that was broken!"

So who hooked up with who?! Obviously there was rumours a while back that Matt LeBlanc (Joey) and Jennifer Aniston (Rachel) would hook up behind-the-scenes, but was that everyone? For some reason we can really see Courteney Cox and Matthew Perry being as cute off the camera as they are on.

Who do you think went with who?! Tweet us @sofeminineUK!