by Pascale Day Published on 22 February 2016 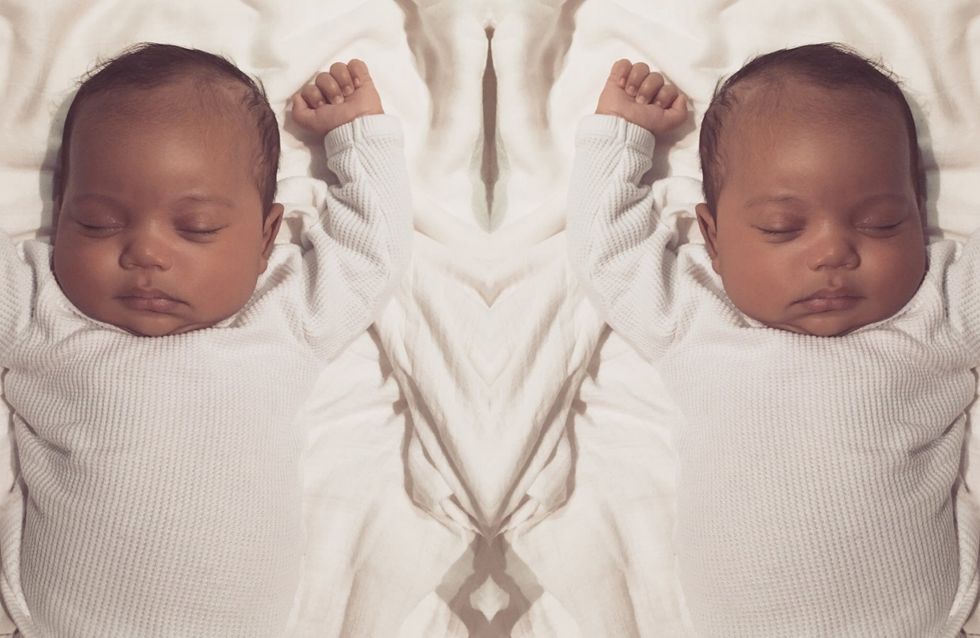 Kim Kardashian is a conundrum. For someone who has taken so many pictures of her first child that North is physically asking her mum to stop taking photos of her, she's been surprisingly coy with the birth of her second child. But, finally, KKW releases the first photo of her son, Saint West.

Everyone, meet Saint West. Saint West, meet everyone. Yes, the world's most photographed woman has finally released a cute snap of her elusive baby son Saint, whom she gave birth to on December 5th last year.

The photograph was released via Kim's website, KimKardashianWest.com, on what would have been her father Robert Kardashian's 72nd birthday. Kim's dad, most famously known for being OJ Simpson's lawyer in the infamous 1995 murder trial, died in 2003 from oesophageal cancer.

Feeling somewhat reflective, the image of Saint was accompanied by a pensive message from Kim, which reads:

"Today is my dad's birthday.

"'I know there's nothing more in the world he would have wanted than to meet his grandchildren. So I wanted to share this pic of Saint with you all."

​In the image, baby West is sleeping like an angel (or perhaps....a Saint?) in a cute white top, and looking a lot like North when she was a tinker. KKW had previously teased a pic of Saint holding North's finger, but this is the first time we've seen the adorable tyke in full. It's been a busy time for Saint's parents, with Kim's app going from strength to strength and Kanye's been up late constructing long, rambling Twitter rants. And we're not surprised little Saint is tuckered out - he's had a hectic time as of late being a creative consultant on his pop pop's new album, The Life of Pablo. It's hard being a baby.

Kim also posted an image of her father on her Instagram followed by the caption: "Happy Birthday dad! So much has gone on in our lives since you've been gone, and I know you have been my guardian angel seeing it all unfold! I love you and miss you so much!"

Happy Birthday dad! So much has gone on in our lives since you've been gone, and I know you have been my guardian angel seeing it all unfold! I love you and miss you so much!

Do you think Saint is the cutest? Let us know! @sofeminineUK