21 Things That Only Seasoned Commuters Will Know 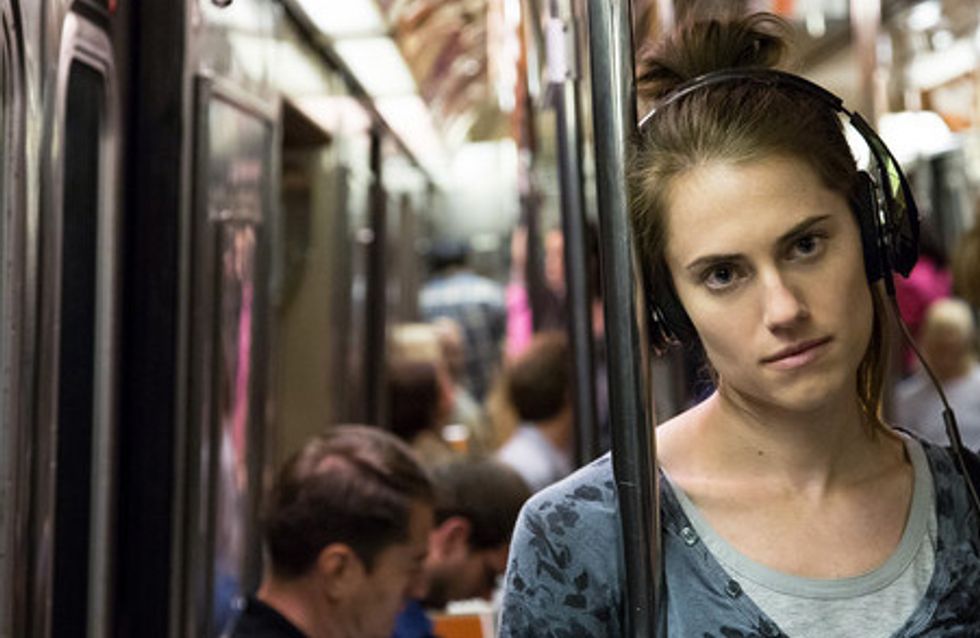 Aren't public-transport commutes great? Aren't they just kick-you-in-the-crotch fantastic? As many commuters know, there are a whole range of emotions one goes through when aboard the train and none of them are good. You spend that much time there, It's basically home-from-home - you know where all the plug sockets are in case you need to charge your phone and you know all the best places to take a nap (luggage holder, FYI). Here's the things you'll know if you're a commuter.

1. That moment every morning where you have a polite tussle with a stranger to stand in prime door-opening spot

Look, buddy, we both know where the doors are going to open. We both know I've bagged the prime spot. So stop pushing me out the way by opening your broadsheet as wide as possible, because I'm the girl who can't be moved. Rain or shine, I'll be here. Standing in this spot.

2. The tears that sting when you realise your train is delayed... again

3. The feeling of jumping onto a train as the doors shut

... And trying to resist the urge to shout "DID ANYONE SEE THAT?"

4. You get to know people very quickly

Because having your face nuzzled in someone else's armpit for twenty minutes means you're besties now, right? There has to be some kind of positive outcome to this scenario...

5. There's always one person who has a tired bag

N'aww, look. Look at that woman's handbag. It must have had a super busy day lugging round all her sh*t, because right now it's taken pride of place on the seat next to her. When there's a whole carriage full of standing commuters. Yeeeaaah, that bag totally deserves a seat over me.

6. Having to sit by the toilet

As if your day hasn't been bad enough, now you have to sit next to the crapper which keeps being used by people who never just need a wee.

7. Trying to get round the refreshment trolley

There's nothing more frustrating than being stuck behind the trolley when trying to get to your seat, especially when it keeps being stopped by indecisive people who can't decide what crisps they want.

8. The panic of not getting out of your seat and past the old person sat next to you before your stop

9. Forgetting your headphones and having to listen to some teenager's conversation for an hour

So, from what I understand, Steph gave Jack a quickie at the school disco and now they're in love, but Jack is also in love with Chloe, and Chloe is in love with Dan, but everyone thinks Dan's gay and likes Jack? Oh mah Gaaad, it's all kicking off in this friendship circle! I'm kind of glad I didn't bring my headphones.

10. Every once in a blue moon spotting an interesting text message being sent

Extra points for it being a saucy one!

11. The devastating feeling of having to sit on a separate set of chairs to your partner

"You don't understand - we're together."

12. The annoyed feeling of buying a ticket and then it never being checked

13. You always feel like a dick for asking someone to move out of your reserved seat

14. Trying desperately to see something interesting out of the window as an intense argument breaks out

15. Being JK Rowling is much harder than we thought...

Trying to write a shopping list after a busy day at work is hard, so we have no idea how JoJo managed to write one of the most magical books of all time aboard a busy carriage. There's just too many distractions.

16. The annoying way the train runs on time when you're not rushing to get somewhere and doesn't when you are

17. You have major respect for the girls trying to do their makeup on a busy underground

No one knows dedication like a girl doing her mascara on a juddery underground train.

18. Those god damn disrespectful people that eat McDonald's on the train and it's always when you're starving

19. Whatever the temperature is outside, it's going to be double that on the train

Yet the only time the windows are open are in the middle of winter?

It's like, I never realised the pattern on the train seat was so intricate and beautiful... *wells up*

21. The intense panic of getting your head stuck in the doors

The underground is an unforgiving beast, and if you're not quick enough, those doors will close on your bonce. The trick is not to panic - someone will shove it in soon enough.

Have you got any other commuter gripes? Let us know! @sofeminineUK

Usher Just Introduced Everyone On SnapChat, And Now The World, To Usher Jr