​30 Pictures Of Tom Hiddleston That Will Complete Your Life

In the wake of #HiddleSwift we're thinking Taylor Swift might just have finally found her Romeo in Tom Hiddleston. Or her next mistake. I mean it's been three weeks and you just don't know which way it could go with Tay Tay. Lovers or frenemies, we're still going to sit here and appreciate the full Loki gear-wearing guy that he is. Thank you Tom for teaching us how to love. 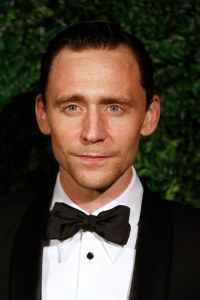 They've been together just three short weeks but already the #HiddleSwift hysteria is rife and who can blame us? She's a hot hit maker with the most enviable BFF sass squad known to man and he's the big time actor / self-proclaimed feminist, tipped to be the new bond. He's also got mean moves and an incredible voice. That's right Taylor, you better hope you don't split because Tom's breakup song could be a number one.

There's not many guys out there who have an entire hashtag dedicated to their butt is there? If ever there was a time to come together and admire Hiddlesbum it's now...

Saywhaaat? Tom Hiddleston And Taylor Swift Are TOGETHER ?!