by Emmy Griffiths Published on 28 August 2015 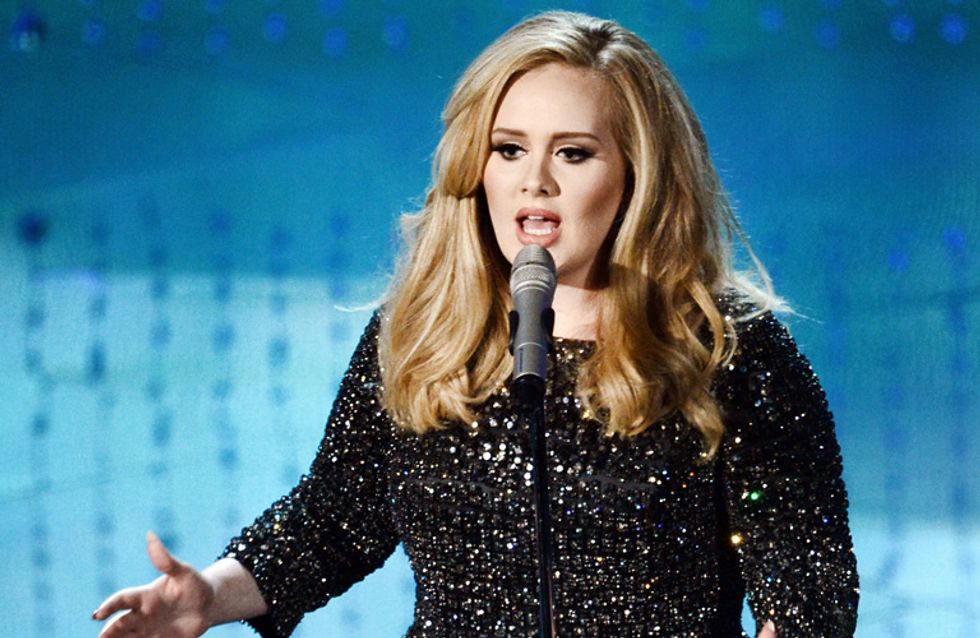 Attention all Adele fans (so everyone on the entire planet), as rumour has it that her third studio album will be released in November. It's been FOUR YEARS since her last smash hit album, 21, was released and we haven't been able to find someone like her since!

According to Billboard, the 27-year-old's new album is to be called 25, and will be out in November time this year. Not only that, it sounds like there are some amazing collaborations on the album, including Max Martin who has written and co-written 54 top ten singles including Shake It Off, I Kissed a Girl and Since U Been Gone. Oh this is going to be GOOD! Songwriter and One Republic band member Ryan Tedder has also worked with Adele on the album, having collaborated with her before for 'Rumour Has It'.

Adele's second album, 21, is the highest-selling album of the decade and for good reason: how can you not listen to an Adele song without thinking sadly about an ex, singing along soulfully or organising an impromptu wine and cheese night?! We are so ready for some new material from the woman who seems to know our souls and as you can imagine, we weren't the only ones. Twitter took the news very emotionally...

When Adele finally drops her newest album after 4 years pic.twitter.com/il6D0dvc1w

"Adele third album, '25' is CONFIRMED to be released this NOVEMBER" - Billboard Others be like... pic.twitter.com/5gARCTSDXZ

Adele's 3rd album, Amazon UK say it's had more than 100,000 requests. And this is before the album to be announced.

If I could ask for anything in the world right now it would be a new @OfficialAdele record. Amen.

All Hail Ian, The Cheesecake King: 10 Things You Need To Know About GBBO Episode 4