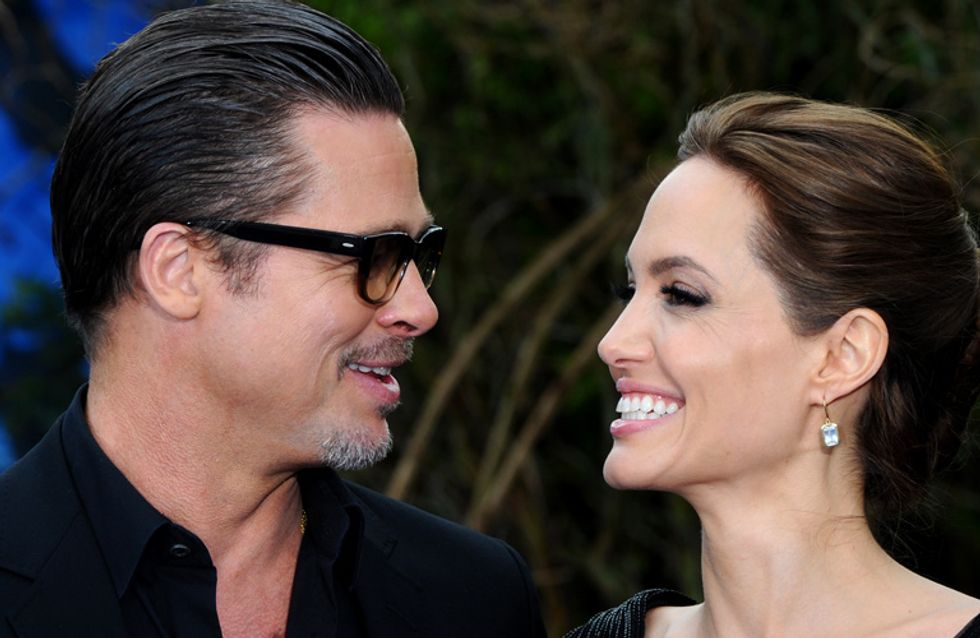 Is the Jolie-Pitt clan getting a new member? According the RadarOnline, Hollywood's power couple are finalising plans to adopt a Syrian orphan. Although this is yet to be confirmed, we wouldn't be at all surprised if it were true considering Angelina's humanitarian efforts considering the Syrian refugee crisis. Here's what we know about the adoption so far...

Sources have claimed that Angelina and Brad Jolie-Pitt may be adopted one of three brothers that Angelina entered during her humanitarian work. An insider source revealed: "On one solo trip, Angelina met three Syrian orphan siblings. They were all brothers. The middle child could speak some English.

"Angelina was heartbroken to learn the three of them had seen their father taken away by Syrian soldiers, and their home was also bombed and they lost their mother in the bombing. The oldest of the three was very quiet but never left Angie's side during the visit."

As tragic as the story behind the three brothers is, adopting all three just wasn't a viable option for the Oscar-winning actress as Brad allegedly had concerns about what it would do to their family dynamic.

The source continued: "Angie wanted to adopt all three, but when she got back to the United States, and told Brad about it, he said no. Going from six children to nine was just way too much, and Brad was concerned about how it would impact their other kids. But Angie didn't put up a fight. She knew it just wouldn't work. But they compromised at adopting one."

However, despite hoping to adopt a Syrian orphan, apparently the adoption process is a long and difficult one.

"The red tape has been almost impossible at times." The source said. "It could take at least another four to five months before the child is brought to the United States."

It is clear that the Syrian refugee crisis is an issue close to Angelina's heart. As the Special Envoy for the UNHCR (United Nations High Commissioner for Refugees), she recently spoke to the UN about the lack of aid for refugees and how this needs to change.

She said: "It is sickening to see thousands of refugees drowning on the doorstep of the world’s wealthiest continent. No one risks the lives of their children in this way except out of utter desperation. If we cannot end the conflict we have an inescapable moral duty to help refugees and provide legal avenues to safety."

"Nearly 4 million Syrian refugees are victims of a conflict they have no part in, yet they are stigmatised, unwanted, and regarded as a burden so I'm here for them, because this is their United Nations."

Do you think this adoption is a good idea? Tweet us @sofeminineUK.