by Stephanie Ashley Published on 5 March 2014 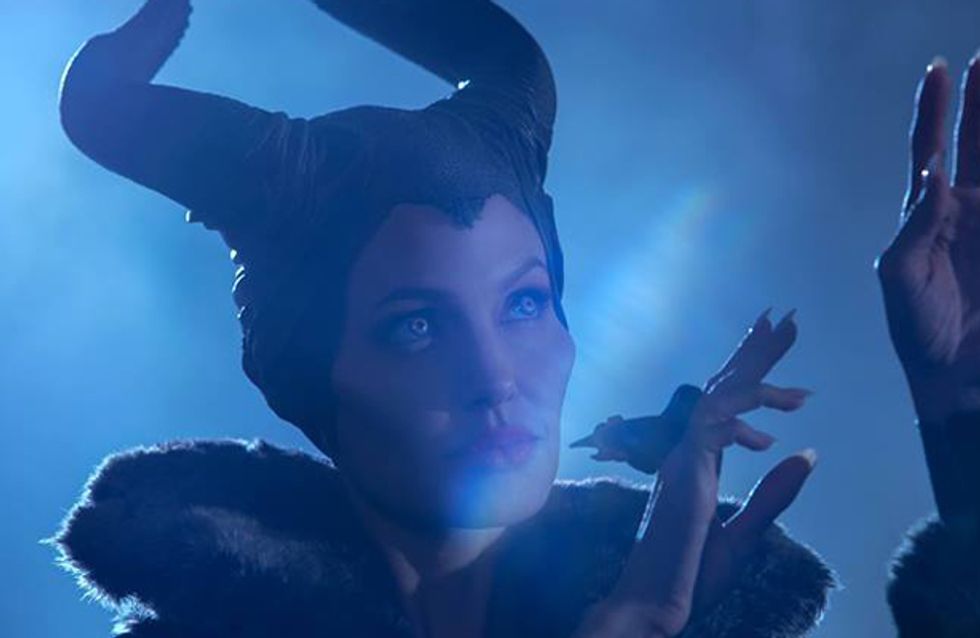 Angelina Jolie may be playing the ultimate evil villain in the upcoming Disney film Maleficent, but in real life, she is far from it! Angelina is a mother of six and a leader in humanitarian relief efforts around the world. This actress has beauty, talent, and a heart of gold on her side. We’ve got all the reasons why Angelina is about as far from her evil Disney character as you can get…

Her fashion sense is flawless

Angelina may have had some style flops earlier in her career, but for the past several years, her fashion sense has been spot on! With her luscious brunette locks and signature high split evening gowns, Angelina’s wardrobe will always have a place in our hearts. Can we borrow that dress?

She knows how to take down some bad guys!

Angie is known critically for her dramatic roles in films like Gia and Girl, Interrupted, but she has also made a name for herself in action. Her first popular action role came in Lara Croft: Tomb Raider, and since then she has kicked butt and taken names in films like Mr. & Mrs. Smith, Wanted and Salt.

She has Brad Pitt; need we say more?

Because honestly, let’s face it, she had to have done something right to deserve that sexy man. The pair started dating soon after co-starring in Mr. & Mrs. Smith, and they have been a major Hollywood power couple ever since.

She helps with humanitarian relief efforts around the globe

While she was wrestling bad guys in Cambodia while filming the first Lara Croft film, Angelina’s eyes were opened to the tragedy people experience every day in war-torn countries. She soon began traveling to aid refugees and in 2001, she was named a United Nations High Commissioner for Refugees Goodwill Ambassador. Since then, she has gone on to win countless awards, including an honorary Academy Award, for her humanitarian efforts.

She is a power mum to six adorable children

Angelina is the mother of six adorable little ones: Maddox, Pax, Zahara, Shiloh, Knox and Vivienne. She and Brad always work hard around their schedules to make time for their family. Aww!

She is a talented actress

Angie’s acting chops are certainly nothing to scoff at! Back in 1998, she starred in the film Gia and won a Golden Globe for Best Actress in a Television Film and a Screen Actors Guild Award for Outstanding Female Actor in a Television Movie. From there, her star continued to rise. She went on to star in the emotional drama Girl, Interrupted, and won an Academy Award, Golden Globe Award, and Screen Actors Guild Award for her performance. Though, her Oscar acceptance speech was a tad bit awkward...

She makes playing the bad guy look oh so good!

Though her character may be evil, it takes a certain something to pull off those horns and still look absolutely stunning! Her look as Maleficent has even inspired its own makeup line.

What do you love most about Angelina Jolie? Tweet us @sofeminineUK!

Mr & Mrs Jolie-Pitt: How Brangelina Are Officially The Ultimate Celeb Power Couple by the editorial team

Are Brad Pitt and Angelina Jolie adopting again? by the editorial team

Angelina Jolie has apparently bought Brad Pitt a heart-shaped island by the editorial team
+
All the news about Angelina Jolie
by Stephanie Ashley
From hair ideas to outifts, look no further for your daily inspiration