Ben Affleck as Batman: Fans furious after actor is confirmed for superhero role

Speculation over which Hollywood actor would land the coveted role of Batman has been rife for weeks and now director Zack Snyder has revealed that man to be Oscar winner Ben Affleck. With awards aplenty, Ben's got quite the reputation - but we just can't seem to shake some rather dark memories of his Daredevil days...

Ben Affleck has been named as the new Batman to star opposite Henry Cavill in the upcoming Superhero mash-up film.

The sequel was announced last month at Comic Con after much Internet deliberation over whether pitting these two heroes against one another would work.

With Henry in the bag after his successful portrayal of Superman earlier this year, they just needed a new man in black.

Christian Bale made it very clear he would not be signing on to appear as Batman again.

So who could be the new Bruce Wayne?

Warner Bros President Greg Silverman explained: "We knew we needed an extraordinary actor to take on one of DC Comics' most enduringly popular super heroes, and Ben Affleck certainly fits that bill and then some." 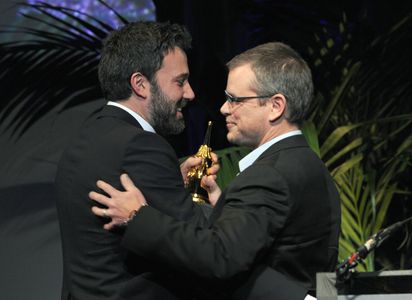 As names were flying around for who would take on the part, Ben was barely mentioned - although he does fit the bill.

Sources told the Hollywood Reporter that bosses wanted the individual to be in his late 30s or around 40 and to be "established and rugged".

The superhero genre is not new to Ben Affleck - he donned a cape back in 2003 for the Marvel Comic story of Daredevil.

We imagine he'd rather be remembered for his more recent work, like the Oscar winning Argo, which he both starred in and directed.

But the decision of Ben as Batman didn't attract a glowing review on Twitter - within hours of the announcement, "Better Batman Than Ben Affleck" was trending worldwide.

Suggestions for stars who would be better suited to the role included ​Butthead, 1D’s Liam Payne, Michael Jackson and Nicholas Cage.

Also potentially licking their wounds are friends Bradley Cooper and Gerard Butler, who were allegedly fighting it out for the part.

What do you think, is Ben your perfect new Batman or is this the beginning of the end for the comic book renaissance? 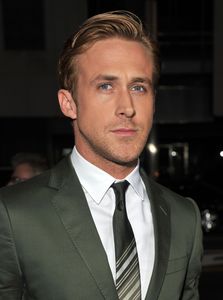 WATCH: How can you win a double date with Ben Affleck and Matt Damon?

by the editorial team
+
All the news about Ben Affleck