by Alison Potter Published on 23 October 2012

There was plenty of on-screen chemistry between Benedict Cumberbatch and Lara Pulver in the Sherlock episode A Scandal In Belgravia. And if rumours are to be believed, their attraction continued off-screen as the pair are now reportedly dating in real life. Lara certainly made an entrance as Irene Adler on the hit BBC detective drama, capturing the attention of Sherlock by seductively lounging naked on an armchair as she faced an interrogation. 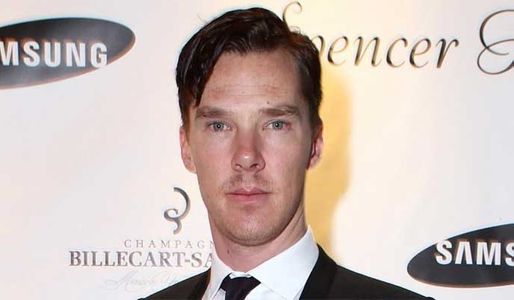 It would seem that Benedict has also developed quite the fixation on the actress, as he chose to bring the stunning 32-year-old as his plus one to the Specsavers Crime Thriller Awards.

The actress was on hand to cheer on Benedict as he picked up an award for Best Actor for his portrayal of the genius detective.

A source told The Daily Mail: "They were completely engrossed with each other, taking photographs, holding hands, cuddling and laughing.

“Lara was following Benedict around the room. They were very affectionate together and Lara even tweeted a photograph of Benedict with his award.”

It would be perfect timing for the pair, as they have just both come out of long term relationships, with the 36-year-old Hobbit actor recently breaking up with girlfriend of 12 years Olivia Poulet.

Lara seems to have a tendency to mix work and pleasure as she was once linked to her Spooks co-star Raza Jaffrey.

Previously speaking about Sherlock’s on-screen chemistry with seductress Irene, Benedict admitted: “Is there a sexual element to it? Without a doubt there is.

Hopefully this won’t mean that Watson will have to play third wheel when the fourth series begins shooting later this year!