Guys, what we’re about to tell you is NOT okay. But together we might be able to get through it…one day. It has been announced that Benedict Cumberbatch is engaged to be married to girlfriend Sophie Hunter. In a highly typical Cumberbatch fashion, the actor announced the engagement with a discreet and classy notice in The Times.

Unless this is some Eton schoolboys playing the poshest practical joke in history, it looks like Benedict Cumberbatch is officially off the market! Although we’re delighted for the happy couple, we’re also profoundly devastated for ourselves.

The couple, Benedict and theatre actress and director Sophie Hunter, announced their engagement with a notice in The Times that reads: “MR B.T. CUMBERBATCH AND MISS S.I.HUNTER…The engagement is announced between Benedict, son of Wanda and Timothy Cumberbatch of London, and Sophie, daughter of Katharine Hunter of Edinburgh and Charles Hunter of London.”

Since this is indeed the names of Benedict and Sophie’s parents and Cumberbatch isn’t exactly a common surname, it looks like there’s more truth to the notice than we would have quite liked. We mean, really, first George Clooney now Benedict?! The bachelors are dwindling thick and fast ladies!

Are you a little bit crushed right now? Tweet us @sofeminineUK

​This article was written by Emmy Griffiths. Follow her @emmyfg! 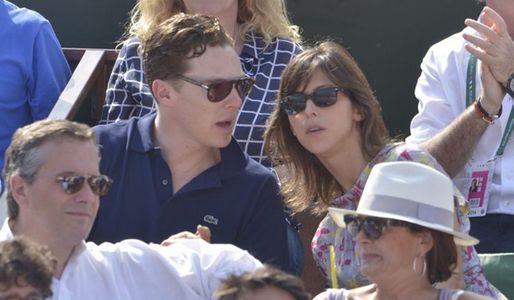