These Are The Best Christmas Ads of 2016

by Pascale Day Published on 16 November 2016 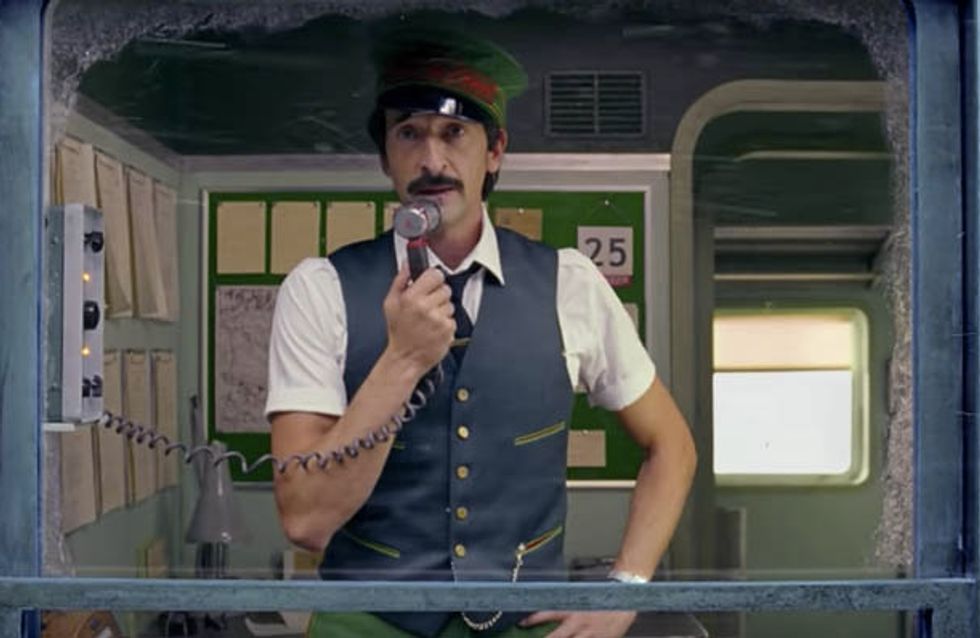 It's the middle of November, it's still 13 degrees outside and the Christmas adverts have already made their way onto our screens. Trickling at first, the crimbo ads came as an avalanche this weekend, tumbling out of our tellyboxes and subliminally planting the thought in our minds that we need to go and buy five boxes of mince pies ASAP. But which Christmas adverts have got us laughing, crying and buying? Let's take a look at 2016's best festive offerings.

When you have the likes of John Lewis and Burberry to compete with, you've got to pull out the big guns, the secret weapon. And this year, H&M's secret weapon is Wes Anderson. The director created the clothing giant's Christmas advert in typical Anderson style, featuring his longtime collaborator Adrien Brody, and while it doesn't really show what you can buy at H&M for Christmas, it is a treat for fans, harking back to The Darjeeling Limited with a bit more festive feeling.

Let's start of proceedings with a good cry, shall we? Because Dementia doesn't take a break for Christmas, charity Alzheimer's Research UK have made this tear-jerker where it's Father Christmas who has the debilitating disease. Narrated by Britain's sweetheart Stephen Fry, the advert explains the importance of research in curing Alzheimer's. But be warned: it's an emotional one!

Burberry's Christmas offering has no expenses spared this year. The luxury brand's ad plays out like a movie trailer, chronicling the life and achievements of Thomas Burberry and features a whole host of British A-listers. Directed by Asif Kapadia, creator of Amy Winehouse documentary Amy, the ad stars the ever-handsome Domhnall Gleeson as Mr Burberry himself, Sienna Miller as his wife, Dominic West as polar explorer Ernest Shackleton and Lily James as Betty Dawson - a female pilot based on real-life lady pilot Betty Kirby-Green who broke the world record in 1937 for a return flight from England to Cape Town sponsored by Burberry. James has publicly stated that she'd love to make the ad into a full-length film and she's not the only one - we wanna see how this love triangle plays out! (You can watch out they made the ad here.)

There's some stiff competition when it comes to Christmas ads this year, especially from Sainsbury's, who have bagged man-of-the-moment James Corden to sing in their wholesome animated Crimbo musical. Corden voices Dave who realises that the best present he can give his family is his time. N'aww.

Marks and Spencer is appealing to the fairer sex this year, with Mrs Clause being the hero of the story. And she is badass, delivering presents via a helicopter in a chic red suit. Played by the elegant Janet McTeer - who most of us will recognise as Will Trainor's mum in Me Before You - Mrs Clause delivers a pair of sparkly red trainers a little brother so desperately wants to give his sister on Christmas day, before flying home with Mr Clause none the wiser. Because that's what us women do: low-key save the world.

With their parody of John Lewis' Man on the Moon Christmas advert last year, it's safe to say Aldi are the kings and queens of the comedy ad. This year, they've gone cute with Kevin the carrot whose disastrous journey, which sees him partially grated and set on fire, ends with him being entangled in Rudolph's antlers on Christmas Eve. We've all been Kevin at some point though, haven't we?

Waitrose have also gone animal-themed with their offering this year, going head-to-head with John Lewis' Buster the Boxer. But many are saying Waitrose have won the battle this year, with their advert featuring a tiny Scandi robin as it battles storms and birds of prey to find its way home and share a mince pie left out by a little girl with another robin. A quote from Waitrose's marketing team stated the story of the plucky little bird had been fact-checked thoroughly to ensure the ad was "as close to reality as possible".

For years now John Lewis has been the Christmas advert to look out for (apart from the Coca Cola truck, of course) and this year they did not disappoint. Stepping away from the sad, sweet ads that they're known for, this year the retailer went for something a little more upbeat and comical. And it totally pays off - we all now want the whole collection of cuddly toy animals from the advert. We're obsessed!

Boots are great for honouring women in their Christmas ads and this year is no different. Whilst they may have dropped the "Here Come The Girls" ad that they're known for, they are instead paying homage to the women who typically work Christmas day like the nurses and firefighters etc. of the world by giving them a gorgeous makeover and party to celebrate all the great work they do. But be warned, it may bring a tear to your eye.

House of Fraser have stuck with the formula that worked for them so well last year. With Laura Mvula covering The Fugees' Ready or Not, the ad sees plenty of pretty young things dancing with presents in their finest. Hey, if it ain't broke, don't fix it right?

WATCH: The John Lewis Christmas Ad Is Here, Which Means It's Finally Christmas