WATCH: The John Lewis Christmas Ad Is Here, Which Means It's Finally Christmas

by Pascale Day Published on 10 November 2016 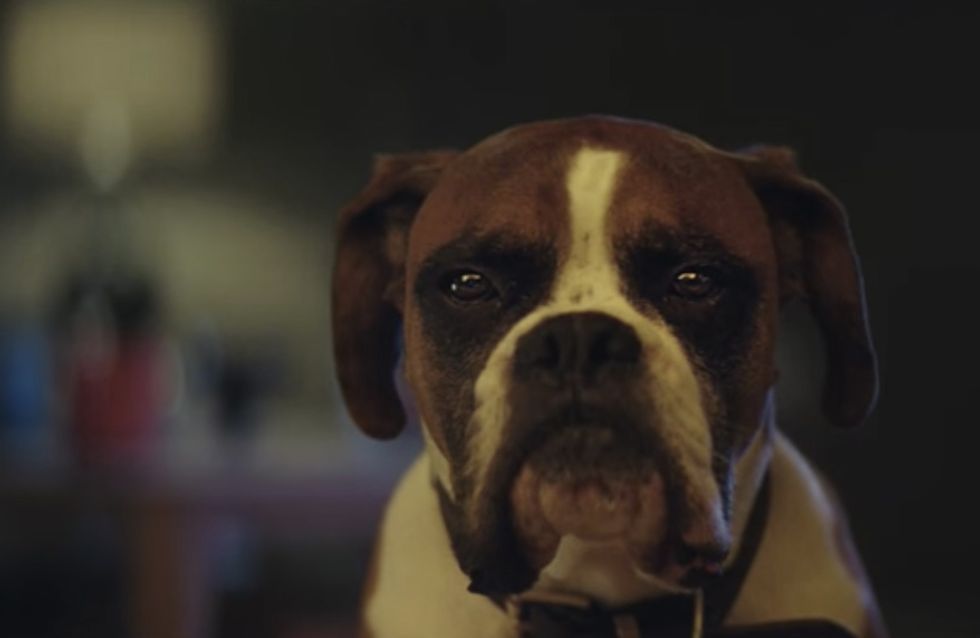 THIS IS NOT A DRILL: Christmas is here. Deck the halls, be merry and eat a ton of cheese, because the festive period is finally 'pon us. How do we know? Because the John Lewis advert is finally out, and it is perfect.

Like with the Coca Cola truck, the John Lewis Christmas ad is the benchmark for when Christmas truly begins. We've got Halloween out of the way, bonfire night is done with, so bring on the retailer's annual tear-jerker.

Only, this year's offering isn't a sad affair like all the previous years. This year they've gone after the laughs, and it's the perfect antidote to what has been, frankly, a pretty bad year in the grand scheme of things. Yep, move aside Monty the penguin, there's a new dog in town: Buster the boxer. The ad tells the story of a young girl called Bridget who loves to bounce. Her dad erects a trampoline in the garden ready for Bridget on Christmas morning. But the night before, Buster witnesses all other kinds of wildlife having a bounce on the new prezzie. Buster looks mad, like any protective dog would. But the next morning, as Bridget runs out to have her first go on her new gift, Buster beats her to it, bouncing away as the family look on dumbfounded.

The retailer have paired with The Wildlife Trust for this year's ad, with 10% of the proceeds from the cuddly toy versions of this year's stars (Buster the dog, Sid the squirrel, Betsy the badger, Hallie the hedgehog and Otto and Olivia the foxes) going to the charity.

According to The Guardian the Christmassy commercial cost £1 million to make, with £6 million in total going on the campaign. Craig Inglis, customer director at John Lewis, said: “2016 has certainly been quite a year, so we hope our advert will make people smile. It really embraces a sense of fun and magic, reminding everyone what it feels to give the perfect gift at Christmas.”

Check out the John Lewis Christmas ad 2016 below, and then immediately go and put up your Christmas tree.

What do you think of the new ad? Let us know! @sofeminineUK