Britain’s Got Talent judge Amanda Holden has shockingly revealed in her new book No Holding Back that she was sexually assaulted by a celebrity. But the mother-of-two was too afraid to tell Les Dennis, her husband at the time, for fear of him causing a scene. She also lifts the lid on her troubled 8-year marriage with Les, as well as her affair with Neil Morrissey in her autobiography that looks set to fly off the shelves.

Amanda Holden has revealed that she was sexually assaulted whilst married to Les Dennis by an unnamed celebrity, reports The Daily Mail.

In her autobiography, the Britain's Got Talent judge explains how she was attempting to repair her marriage with Les after embarking on an affair with actor Neil Morrissey when the incident took place.

The mother-of-two writes in her biography: “During our first tentative weeks at trying again, we went to an event together and on my way back from the loo I was cornered by a famous comedian, who tried to kiss me and put his hands in places they shouldn’t have been.”

“I was scared and tried to push him away, making light of it so he would leave without causing a fuss, but he wasn’t put off."

The Pride Of Britain Awards 2014 – Behind the scenes gossip
Every year the stars don their fanciest dresses (well the ladies do at least) to celebrate those courageous and very special children and adults who deserve recognition. The Saturdays, Peter Andre, The Wanted and the X Factor judges were just a few of the celebs who walked the red carpet at last night’s The Pride of Britain Awards.

“As I tried to fight him off, I caught sight of our reflection in a mirror. My body went limp, and I just stood there as he groped and nuzzled me, observing myself from affair.”

Amanda, who is now happily married to music producer Chris Hughes, said the assault left her feeling “cheap and utterly worthless”, and she was unable to tell her then-husband.

“I didn’t dare tell Les; he would only have made a scene. Only went I confided in a family member did I realise it was sexual assault."

Amanda also opens up in her biography, titled No Holding Back, about her affair with the Men Behaving Badly star Neil Morrissey and her husband Les Dennis’ own infidelity.

“When we could have a moment together, we did…I hated myself for being so deceitful”, says Amanda.

“Just before [Les] was due to go into the CBB house, he confessed that he’s slept with someone I knew.

“I remember wondering how I should be feeling. Angry? Hurt? Betrayed? The truth is, I felt none of them. I felt relieved. His infidelity was to become my passport out.”

Wow - Amanda is being pretty candid in her new autobiography.

What are your thoughts? Will you read it? Tweet us @SofeminineUK 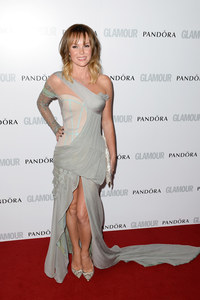 by the editorial team
+
All the news about Amanda Holden