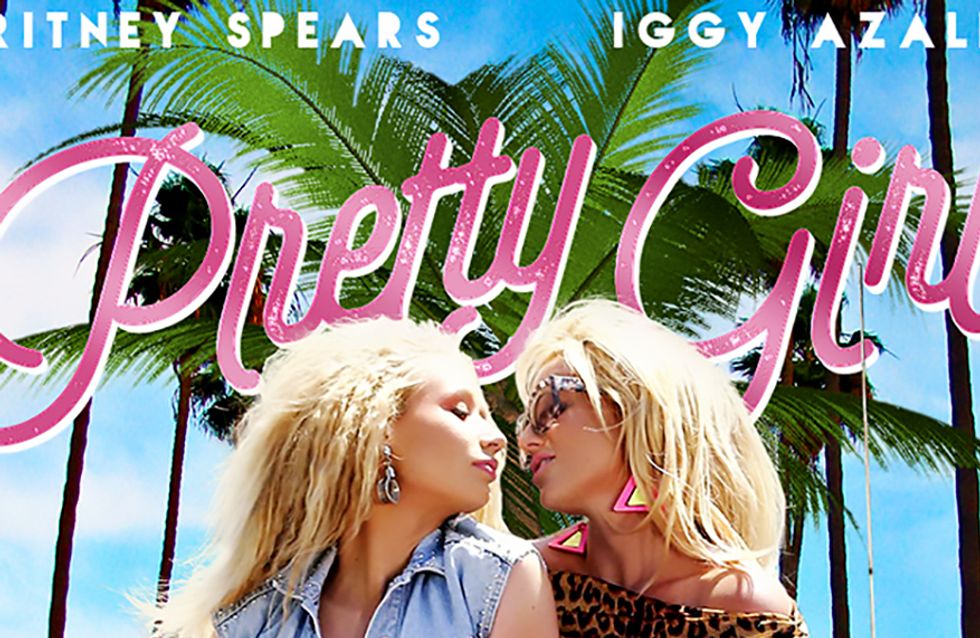 When I first discovered that Britney Spears and Iggy Azalea would be collaborating on their single, 'Pretty Girls' together, I was ecstatic. Not only am I in awe by Azalea's rapping, but Spears' music was a major part of my childhood. So how could the song be anything but glorious? Oh, how wrong I was. Unfortunately, it looks like Spears and Azalea might want to stick to their individual work in the future because... yikes.

As much as I hate to say it, this was far from spectacular. From the expected autotune to the lyrics, 'Pretty Girls' is one of those songs that will undoubtedly become THE summer anthem of 2015 that everyone secretly hates. While it's certainly catchy after listening to it a couple times, it doesn't bring anything new to the table. I don't love it or hate it more than Hilary Duff's "Sparks" or Gwen Stefani's "Baby Don't Lie," and it pretty much sounds like every other Spears' song I've heard throughout the past couple of years. Is she singing? Is she talking? I don't know.

Perhaps I'm just biased because I was fortunate enough to experience Spears at the peak of her career with songs like "Toxic" and "I'm a Slave 4 U," but I'm definitely not feeling her latest work. Not to mention the lyrics of 'Pretty Girls' seem to promote the idea that women should only be rewarded for being attractive.

Spears sings, "All around the world, pretty girls/ Jump the line, to the front/ Do what we like, get what we want/ We're just so pretty!" sounding spoiled and exclusive. I can only imagine that she and Azalea will receive the same criticism that Meghan Trainor did with "All About That Bass." Why can't girls everywhere wipe the floor with boys and jump the line? I mean do we all have to be pretty to get what we want? Most importantly, why do looks matter at all for women to get ahead in the world? This might not be the message we want to send to young girls out there.

And although I'll admit that I enjoyed Azalea's rap toward the end of the song, this will definitely not be my go-to for party playlists. I'll still continue to be a Spears and Azalea fan, and maybe the music video will be better, but for now I'll keep searching.

What do you think about Britney Spears' and Iggy Azalea's new single? Tweet us @sofeminineUK!