by Emmy Griffiths Published on 15 April 2015 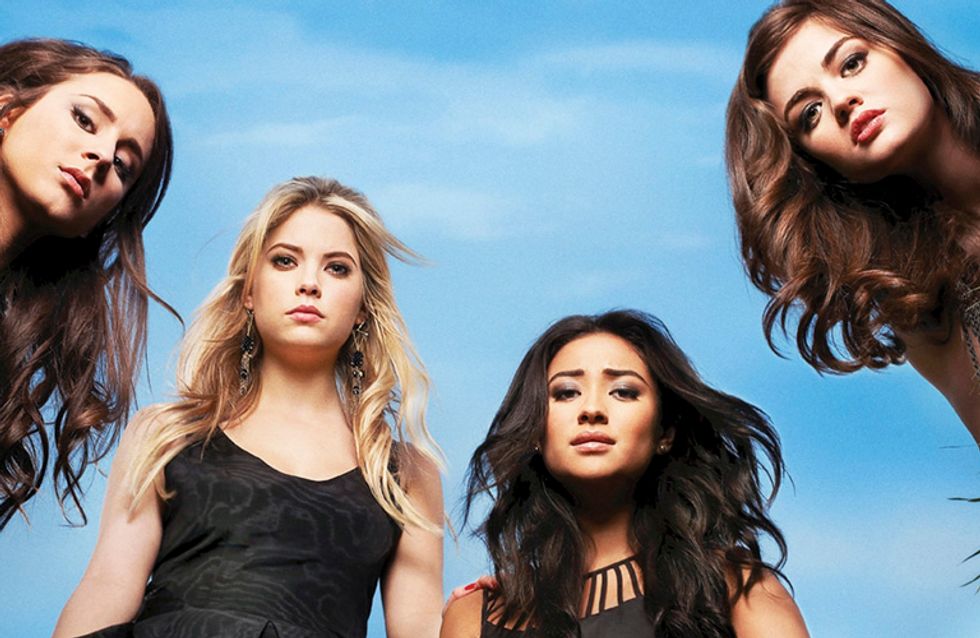 We've all done it. Started watching a show we know is lame, tacky and bad for us, and yet we watch it anyway. But let's face it: guilty pleasure TV is the best, so here are our favourite chick flicks for the silver screen we hate to admit that we love!

Love affairs, scandals and one thorough cyber stalker, this show saw a group of friends go through the unusual trials of growing up on the Upper East Side whilst a internet blogger leaks all of their secrets and causing havoc every other episode. We knew it was silly but a love story like Chuck and Blair’s was just too good not to see through to the end. XOXO.

Four friends are harassed by a mysterious ‘A’ who threatens to reveal their darkest secrets a year after the disappearance of their best friend, Alison. This show grows consistently more insane every season and still we are glued to our screens.

Once Upon A Time

Fairy tale storybooks aren’t just stories – they all really happened and now all of the characters we know and love are stuck in our world with no idea who they truly are, that is, until Snow White and Prince Charming’s grown-up daughter arrives to sort things out.

Tiny children are fake tanned, given fake pearly white smiles and insane puffy dresses to perform to win at Beauty Pageants. We’re not proud (at all), but the sheer spectacle of what these American Mommas think is appropriate for their little darlings is addicting. Then after you’ve been watching for half an hour you secretly root for your favourite to win. They trick you, and then you’re stuck in a land where dressing children up as supermodels makes sense…

Mary Queen of Scots deals with the trials and tribulations of being Queen as well as dealing with all the usual teenage BS like does Prince Francis like her and why is my best friend being such a cow. It’s an historical 90210, and it’s too moreish to ignore.

Singing and dancing and an obsession with ‘Regionals’, why did we even start watching this in the first place? And yet the characters are loveable and dammit some of those songs are catchy aren’t they. A whole new generation love Journey, and we have Glee to thank for it.

One Born Every Minute

The horror, and the cuteness. It's like we want to shock ourselves with the horror of our potential future, but at the same time we just love seeing those babies squishy faces straight after being born too much to switch off.

There's something SO satisfying about watching girls who cake make up onto themselves wipe their face off in front of a fake sarcastic robot. It's even MORE satisfying when the guys on the street all choose to avoid her. But then it's a redemption story as well! They look so nice at the end!

We watch First Dates to be fascinated and occasionally horrified by how people act on a first date. We love seeing a date go right and, let's face it, it's the closest we've gotten to a date in a while.

We're not proud, but we watch this show because of the Bridezilla reaction when the Groom utterly messes up and leave the love of his life in a dress she hates, in a venue she never dreamed of. It's a serious risk going on this show, and it doesn't always pay off (to our shameful glee).

Horrible, spoiled brats celebrate their birthday in insanely lavish ways. From throwing tantrums over things going wrong at the party to the traditional gift of a brand new car at the end, we love to hate on these girls. Apart from the ones who are quite nice, but they are few and far between!

Elena Gilbert is a normal girl who mopes around after the tragic death of her parents. That is, before two freaking gorgeous vampires show up to fight over her and she cheers up! It's basically Twilight as a TV series, and we love it. We're not even ashamed. We LOVE it.

No, this sort of thing shouldn't be glorified. And yet here we are.

Disgruntled girlfriends trick their men into thinking they're on a TV show for LADS, when actually they're being taught how to be good boyfriends and changing their cheating, effeminate or embarrassing ways. This was tacky TV at it's BEST.

If you don't know the names Lynette, Gaby, Bree and Susan you haven't lived! (Or you've lived much more than the rest of us who have seen every episode of DH, one or the other). The mystery in each season along with the core four's antics (and often the horrendously emotional episodes) was the best kind of television!

Which out of these do you watch? Tweet us @sofeminineUK!

This was written by Emmy Griffiths. Tweet her your thoughts @emmyfg!