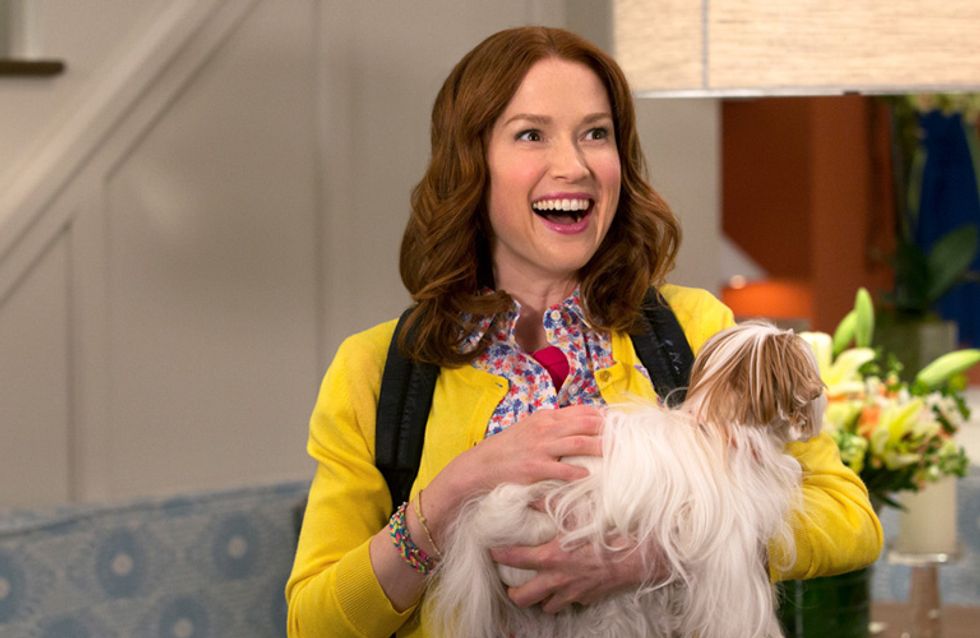 The new comedy Unbreakable Kimmy Schmidt was released on Netflix last Friday, and as everyone who has already binge-watched the whole of series one will tell you, it's just the BEST. Following the life of Kimmy, who has recently been liberated after spending 15 years in an underground bunker, the show is full of brilliant quotes, silly storylines and fantastic characters. Still need convincing? Here's everything you need to know about the new show...

The theme song will become your new pre-drinks anthem

And ring tone. After watching thirteen episodes good luck getting it out of your head!

Titus Andronicus is EVERYTHING

Kimmy's new housemate who's only employment is handing out leaflets in Times Square dressed as a knock-off Iron Man.

It's a little absurd

Some of the jokes come out of NOWHERE.

It's so weirdly musical

In real life, the actor who plays Titus (who's actually called Tituss Burgess) is a well-known Broadway star, and this show utilises it!

It's literally impossible not to love Ellie Kemper, who was also in The Office (US) and Bridesmaids.

The storyline is brilliant

Kimmy has now idea what's normal 15 years after she was last above ground, calls everything 'the future' and as a result, the gags are endless.

The jokes are consistently brilliant

We reckon we'll have to watch the whole thing again to pick up on them all!

It's just that little bit weird

The bunker flashbacks are just the best

They did have fun down there.

6 005 shares
From hair ideas to outifts, look no further for your daily inspiration