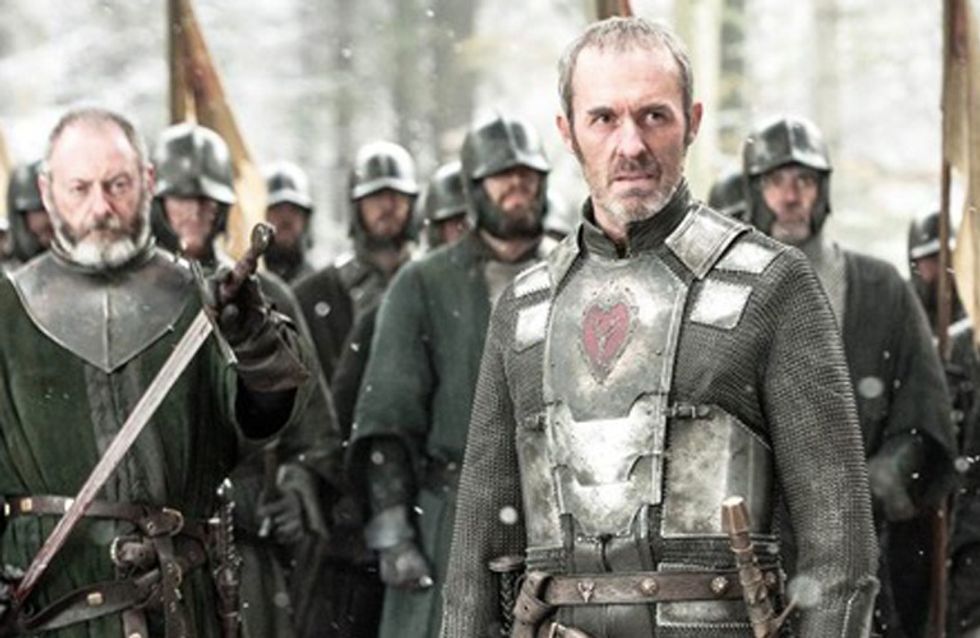 Tiny castles rise from the ground, their cogs turning. A weirwood tree sprouts it’s red leaves. A lift ascends a wall of ice. A burning wheel of fire emblazoned with a lion, a stag, a dragon and a wolf turns in the sky as the violins play and the drummer’s drum. Ladies and gentlemen, boys and girls, Game of Thrones is finally back on our screens!

We want to say that we spent the long year of winter without our favourite show bettering ourselves, going outside, seeing the world. But really, it’s felt like the sun has been hidden for years, and children have been born and lived and died all in the darkness in the time it has taken for Game of Thrones to grace our presence once more. And now it’s back all book readers are in for an unpleasant surprise.

The show has veered so far from the books we’re all going into it with no clue who lives and who dies. We’re all sweet summer children now. However, unlike Jon Snow, we do know some things after watching episode one, so with no further ado, let’s review…

“Gold will be their crowns. Gold their shrouds.”

We spotted that this was a young Cersei a mile away. Even as a child Cersei had that smug superiority complex DOWN.

The prophecy from the gypsy woman gave us the heebie jeebies. She predicts Cersei will become Queen (but not marry her betrothed, Prince Rhaegar), another Queen will take her place, her husband will have twenty children whilst she will have three, all of whom will die.

HUH. We know King Robert had a whole host of bastards (ily Gendry) and Cersei had three. We know she married Robert instead of Prince Rhaegar, and we know that the hotty Margaery is well on her way to marrying Tommen.

Since Joffrey’s already dead, does that mean that Tommen and Mrycella are already well on their way to meeting the same fate? It seems like for once Game of Thrones has actually given us some deaths that we can expect...

“He loved you more than anyone in this world.”

Jaime Lannister is textbook ambiguous. From Kingslayer to child-crippler to man of honour to rapist to saviour, it looks like this season Jaime is dealing with the guilt of helping Tyrion escape (who murdered their father on his way out), and failing his father and sister-lover irreparably.

It also looks like there’s a new group of players in town in King’s Landing. The fanatical religious order of the Sparrows has arrived, and amongst them Lancel Lannister (remember him? Long blonde hair, banged Cersei although they're cousins, got King Robert so drunk on his hunt that a boar managed to maul him?). We're no creepy women living in Casterley Rock swamp lands, but we know nothing good can come of this.

“Who said anything about him?”

Tyrion is in a sorry state, isn’t he? Murdering your love then shitting through a hole in a box for months can do that to a man. But enough of his mindset, what’s much more important is his location.

Varys and Tyrion have crossed the Narrow Sea and are on their way to join Daenerys Queen of the Great Grass Sea and blah blah blah’s cause in Meereen! Two utterly epic characters meeting up is something we’ve waited a solid four seasons for. Come on Tyrion. Make it there in one piece!

“Angry snakes lash out. Makes chopping off their heads that much easier.”

Dany’s rule of Meereen that no one cares about isn’t going so well. As well as slaves who don’t really want their freedom, her dragons now firmly out of control and her handmaiden and head Unsullied having a stupid love story that wasn't in the books, men in elaborate golden masks named the Son of the Harpies are going around killing Unsullied warriors. There's also a really irritating son of a Master who wants Dany to reopen the fighting pits. At least we get to see Daario nakey. If this is consolation for a weak storyline, we'll take it.

Honestly, we wished we cared more, but we don’t. Get to Westeros Dany, then we’ll talk. Moving on…

DAMN Melisandre, why do you have to be like that ALL the time? Jon Snow doesn’t have time for your shit, right Jon? RIGHT?

Life at Castle Black is bleak as ever, even with Stannis the Mannis setting up camp with the Crows. Stannis plans to take back Winterfell from the Boltons (yes yes, a thousand times yes), and wants to legitimise Jon, making him a Stark. But he’s a man of honour, like his father and sticks to his Night’s Watch vow.

The King Beyond The Wall is burned alive after refusing to bend the knee to Stannis, and it’s freaking horrible to watch. My reaction to this was “are they going to make us watch the whole thing?” apparently forgetting what show I was watching and the fact that the creators couldn’t give the shit for our emotions. But fortunately Jon ends it with a cheeky arrow. Well done Jon, you help us emotionally and we love you for it. RIP Mance Raydar, the first victim of season 5.

Seeing Margaery with Ser Loras and that guy from the brothel was interesting. Like seeing her real personality for the first time. She plays this game so well, it's almost as if we haven't really seen her true colours. So who do you think Margaery is, really?

When is Tyrion going to cheer the F up?

Do you prefer Sansa brunette or as a redhead?

How much on a scale of one to Joffrey do you HATE Stannis's wife?

Arya! Where are you?!

Did you enjoy the first episode of season 5? Tweet us @sofeminineUK!