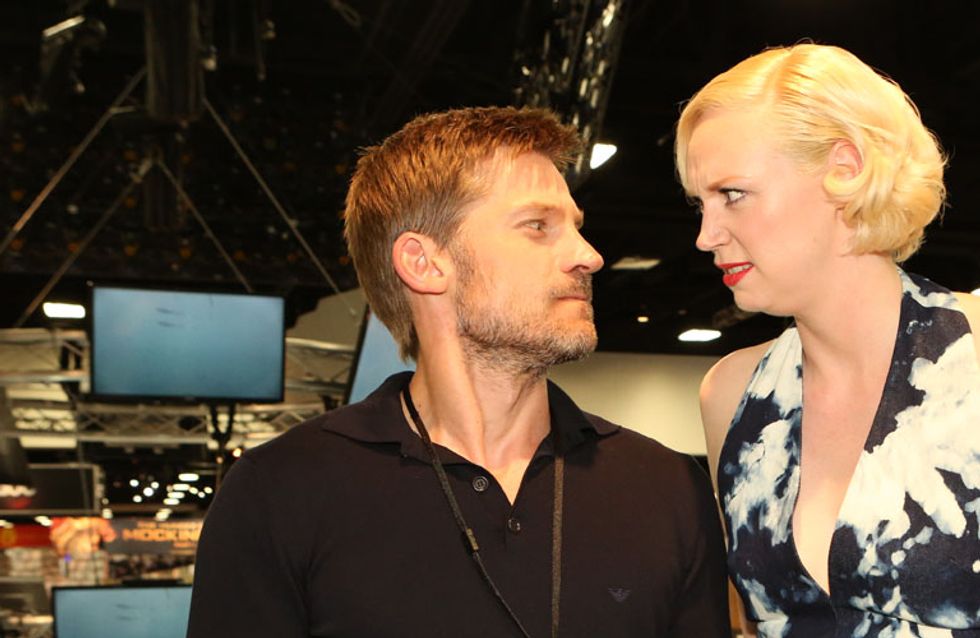 In Westeros, there isn't a single character who isn't having a bit of a rough time. Amongst hand amputations, slaughters of entire families and a cheeky bit of patricide, the characters playing the Game Of Thrones unsurprisingly rarely crack a smile. However, in the outside world the cast of Game of Thrones are having the BEST time...

It's unnatural! Unnatural I say!

To be fair, we love Lena Headey as much we hate Cersei.

Ned Stark and Cersei fooling around on the Iron Throne

Joffrey and Sansa getting along

She was too tall for him anyway. Move on girl!

Jaime and Brienne looking longingly into each other's eyes AS NATURE INTENDED.

Brienne in an honest-to-God dress

Not so glum once you get him away from the Wall!

Missandei contemplating life with a banana

The night is dark and full of bananas...

Tyrion on his scooter

Jon Snow with a cheeky coffee

Only Kit Harington could find a Starbucks in the middle of bleak Icelandic terrain.

Someone has Mad Men cameos planned...

After her wedding night with Tyrion? Thinking out loud...

Theon and Ramsay, side by side

Look at them all getting along!

The man is a fan.

All happy and normal and not inbred!

As stunning as Sophie Turner is, this will be burned into our minds from now until forever.

Joffrey out on the lash

The King can do as he likes! Which in case is getting absolutely sh*tfaced.

Jon Snow hating his commute like the rest of us

The Hound tries a selfie

Half of Westeros chilling in a photo booth

We wonder if any of these will survive to the end? Just to ruin a fun moment...

If Tywin was like this as a father, they wouldn't have nearly so many problems.

Who would you most want to be friends with in real life? Tweet us @sofeminineUK