Cara Delevingne is a hard girl to please - but Rihanna has certainly managed it. The model has been gushing about her friend and revealed just how they met. But she has fewer positive words to say about the men she's dated. Cara thinks men have one-track minds - surely she can't be talking about Harry Styles?!

Cara Delevingne has been talking about the first time she met Rihanna.

The top model, who recently holidayed with her Bajan BFF in the South of France, confidently approached RiRi when she was working.

Cara revealed to Industrie magazine: "We were at a Victoria’s Secret show.

"I went up to her and was like, ‘Maaam, you are so amazing, I love you, you look so hot out there performing. You put us all to shame’.

"Then I slapped her on the bum."

Cara's other good mates include Rita Ora, Georgia May Jagger and of course her older sister Poppy.

And it seems she's very much a girls' girl - she's got no time for guys in her life at the moment.

She previously dated Jake Bugg for five months and has also hooked up with Harry Styles - but it seems they did little to impress this 21-year-old.

Cara said: "I’m done with boys, they’re so annoying, all they care about is their willies." 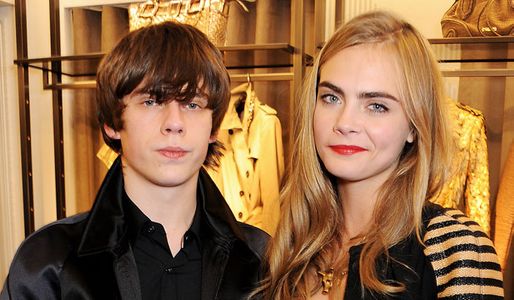 And it seems that despite her tough exterior, Cara struggles with being a female.

She continued: "I want to behave more like a boy.

"I want to be the strong one. People see me being a crazy b**** but I’m the opposite inside."

In fact, she even went on to admit that she sees a psychologist.

Cara said: "I get so p***** off telling therapists my own story.

"The best therapy is actually the more aggressive kind when they break you open, they unleash you."

With her hectic work and party lifestyle, it's no surprise that Cara needs a little help along the way.

Thrust into the spotlight at a young age and labelled the next Kate Moss, Cara is one of the most sought-after models in the industry.

She's admitted that her job gets really tough - especially at this time of year.

She said: "Fashion week is HORRIBLE. I mean it isn’t horrible really, it’s amazing. But having to work that much every day is.

"What I find hard is having to deal with all the people and all the c**p.

"It is when the press and fans are following me most and it’s when I work the hardest, so it’s kind of like, f***."

She even finds herself acting as an agony aunt to her fans - a role for which she's arguably qualified after seeing her own mum battle heroin addiction.

She said: "It’s so hard when you’re young and you feel so alone.

"They talk to me about anything, really – eating disorders, depression, family problems, especially because they know the things that may have gone on in my life, stuff with my mother.

"It’s really sweet. It’s horrible, the stuff they go through. I try as much as I can to help by saying one little thing like ‘hello’.

“It cheers them up. It’s the coolest. Kids should speak to each other.

"They’re horrid to each other online, they bully each other – they should shut up and stop it.

"The problem with social media is there is too much freedom. It’s too much, too young." 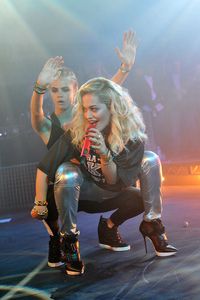