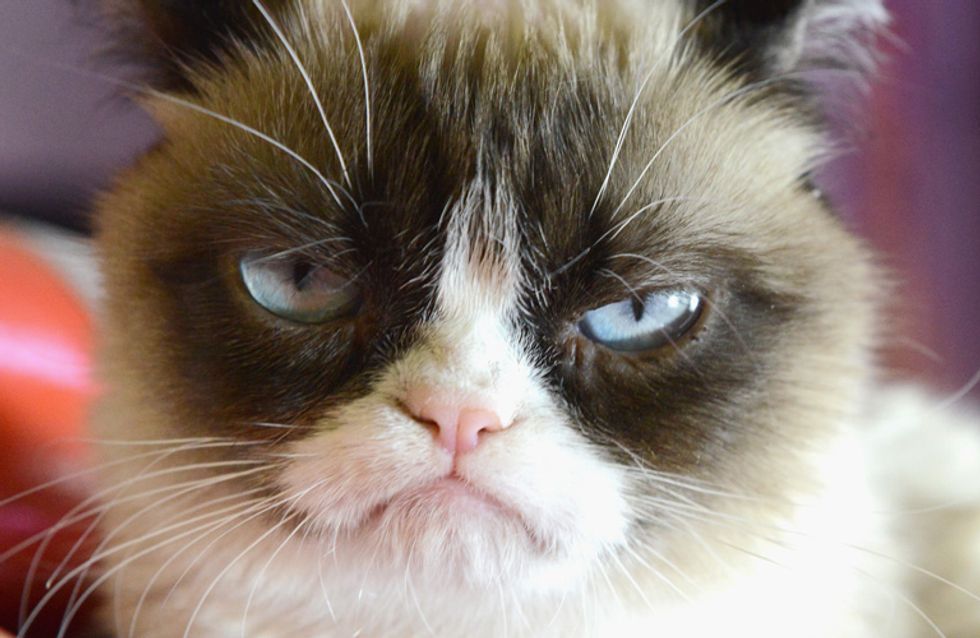 We always thought being a cat would be a charmed life. You can sleep whenever you like, get snuggles whenever you demand, go climb up trees and wriggle about in the sun and just be all furry and happy (not that we've...erm...given this much thought or anything. Stop looking at us). But of course there is a downside for everything, and on this occasion it is that cats don't have ID and therefore can't pick up their treats at the Post Office, much like poor old Ted.

Ted was looking forward to Christmas. His owner Brittany's mum had sent him a cat advent calendar with an almost guaranteed inclusion of catnip, and the good times were about to roll. Then the Post Office had to go and ruin it by refusing to give him his package since he doesn't have ID. Thanks Post Office, you ruined Ted's Christmas.

We're not sure where Ted was when the postman knocked on the door (sleeping on one of the upstairs bed, casually toying with a mouse in the back garden), but the postman had to leave a 'Sorry we missed you' note and sent it back to the delivery office.

Naturally, this posed some serious problems for Ted, even with Brittany's help. Unfortunately since Ted is a cat and has no idea, there was no way of getting the package from the office, and so far there have been zero online petitions demanding rights for cats and getting Ted was is rightfully his. If anyone hasn't used their Christmas miracle yet, the time is now.

UPDATE! Ted and his Advent calendar have been united! It's a Christmas miracle!

Brittany said: “Ted has been happily reunited with his advent calendar. I rang up Royal Mail, who were very good and rather amused. They said they were under no obligation to give me the parcel, but to pop in and explain to the people at the collection depot. I went in and explained all about Ted and his calendar woes, and took the ‘Sorry we missed you’ card with me. They thought it was hilarious and just laughed at me and the situation, and handed over the parcel. Although they did ask why I hadn't bought Ted in to visit them.”

To avoid future cat delivery problems, the Post Office has released this essential statement: “Royal Mail does not record the number of items that we deliver to cats, but we do deliver many items to animals residing at households and businesses around the UK. Our advice is when sending any item, whether to human, cat or another animal, that the postcode is the most important aspect. We recommend checking the postcode on Royal Mail’s postcode finder: http://www.royalmail.com/find-a-postcode. For any felines expecting an ‘impawtant’ item through the mail, we would also recommend that they ask for their owner’s name to also be included on the package. This will ensure that cats can get their human to accept their parcels on their behalf, without lifting a paw.”

Well, now we know if we didn't already! Do not send packages to pets.

Do you think Ted liked his package? Tweet us @sofeminineUK!

58 Thoughts We All Have At The Office Christmas Party