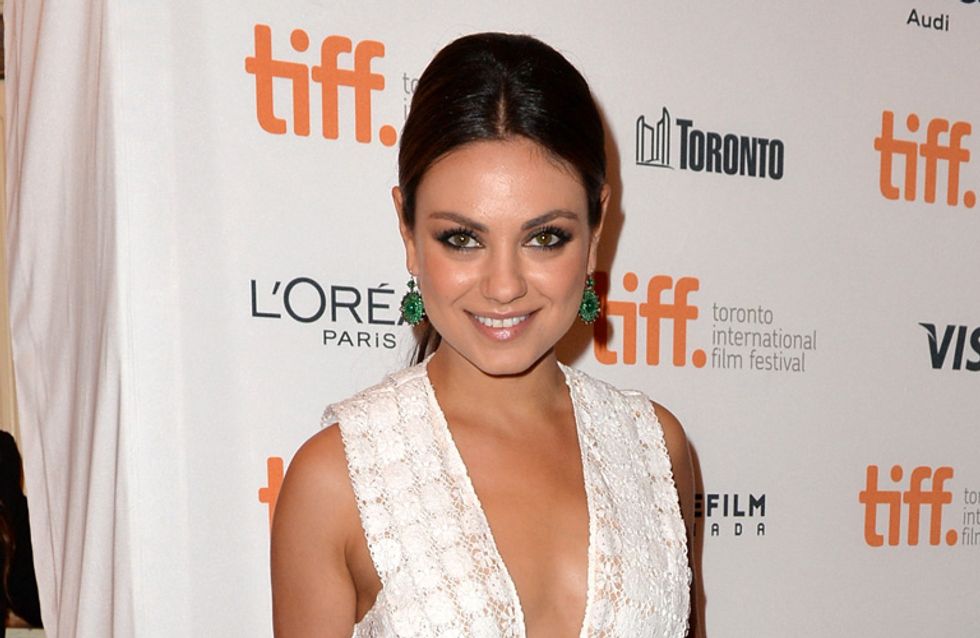 Celebrities live in a whole other world to the rest of us, which naturally means that not only do they have the fame and fortune that we could only dream of, they are also prone to be sued for anything and everything from casino chips to chicken theft. Here are our favourite stories of celebrities being sued...

We hope you've heard the frankly hilarious story about how Mila Kunis is being sued over a chicken because otherwise, you're missing out on a treat. Basically, a Ukranian singer named Kristina Karo claimed that when Mila was 7-years-old and lived in Ukraine she stole Karo's beloved chicken, leaving Karo needing therapy to deal with the loss. Possibly the best part of this story is Mila Kunis and hubby Ashton Kutcher's response:

A man named Allen Heckard sued Michael Jorden as he felt he looked so much like the basketball player that it was ruining his life due to the constant fan attention. He also tried to include Nike since they were the ones who apparently made Jordan such a superstar. Mmmkay.

A woman named Valerie Turks tried to sue the rapper for $1 TRILLION after claiming he fathered a child with her and stole a casino chip worth “over 100 zillions of dollars.” Whaaaa?!

The lawsuit also accuses P Diddy of having involvement in 9/11 and requested a restraining order against him, which was obviously refused because why the hell would P Diddy want to go near someone who is clearly MENTAL.

A man from Fort Worth sued Elvis Presley posthumously, claiming that Elvis was still alive and had faked his death. He knew this as he had frequent chats with Elvis over the phone. Men from Fort Worth be cray.

The actor was sued after claiming the filming of his film Bruno caused her “emotional duress” as it interrupted her bingo game. She also claimed she had suffered bleeding on the brain after trying to remove Baron Cohen's microphone.

Pre-VMAs with Robin Thicke, back when she was sweet and not terrifying, Miley Cyrus was sued for $4 billion for posting a picture making slanted eyes.

An LA resident named Lucie J. Kim filed the lawsuit, claiming each Asian Pacific Islander in LA deserved $4k each in damages. Miley was 16 at the time and stated she was “simply making a goofy face.” The case was dismissed.

Do you think Mila should pay up for the chicken? Tweet at us! @sofeminineUK

10 Ingenious Signs To Take To A Marathon