Home / Entertainment / News celebrities / 10 Celebrities That Would Be Horrible Babysitters 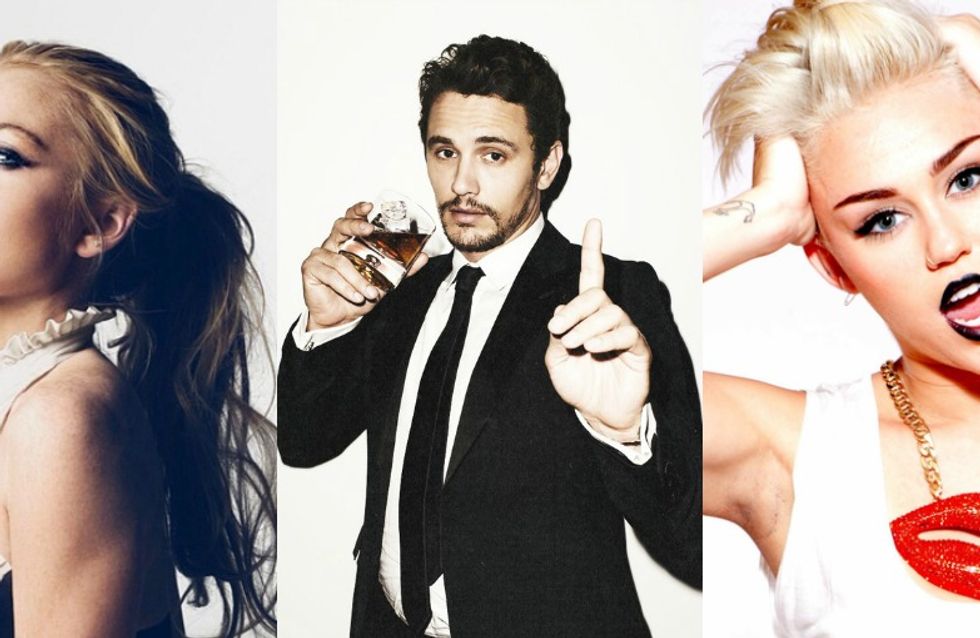 In case you missed it, Justin Bieber babysat Kourtney Kardashian and Scott Disick's absolutely precious son, Mason, over the weekend. I know Kourtney isn't the most famous of the Kardashian clan, but they really couldn't afford somebody more qualified than Justin Bieber to babysit? This alarming story made me do some thinking of which celebrities I would NEVER want to babysit my (very hypothetical, future) children.

We are going to say a prayer to the parenting gods that Mason Disick isn't egging anybody's house, getting kicked out of clubs or starting fights with paparazzi after his time with Justin Bieber over the weekend. Although the pics make (see below) make the Biebs look like a pretty decent chaperone, I don't envision him as the type to censor what TV Mason watches or talk him out of getting a sleeve tattoo for his 16th birthday.

Mason is cool as a fan

In honour of this unconventional babysitting arrangement, here are 10 other celebrities we don't plan on bribing with free pizza to babysit our future children:

Oh Lindsay, how we miss your freckles and fake British accent during the days of The Parent Trap. Poor Lindsay had the misfortune of growing up in the not-so-nurturing limelight of Hollywood to two people who were less than equipped to be parents. (I would also never trust Dina or Michael Lohan to be even in the same room as my children.) Given that Lilo has numerous DUI and drug arrests under her belt, as well as a very extensive list of former conquests, don't know if she would be a good person to monitor your daughter's extra curricular activities after school.

I think we need a Kickstarter campaign a la "bring back The Amanda Show." Amanda Bynes used to be the girl you definitely would want your daughter around, she was funny, creative and unbelievably confident. The Amanda Bynes of today is a poster girl for the exact type of girl you don't want your daughter to be around. Substance abuse and mental health issues, drama with the law and the resistance of any support system means she should probably not be the one making sure your kids eat their veggies.

Ugh, Spencer Pratt. I give him credit for making me realise the exact type of douchebag that I needed to avoid at all costs in my 20's. That is probably his biggest contribution to society. Other than that, we can thank Spencer for teaching girls how to turn on each other, how to abandon all your friends when you get a boyfriend and the art of using crystals. I want none of that near my kids.

I don't know about you guys, but when I was 17, I was still learning how to drive, had no idea what lip plumping was and had definitely never been the star of a lingerie shoot. I would hope that my children are spared having to know what contouring is until they are way into their 20's. Kylie, you seem like a nice girl, but I do not want my children thinking they should drop out of high school and post bikini pics on the internet before they're even allowed to buy booze.

I mean, don't think we need to really explain that one. Hopefully the new dad will learn that having a temper and slut shaming are not good qualities in shaping young minds.

The only thing I think I would let Miley Cyrus do with my kids is arts and crafts, because I have to admit given what I see on her Instagram she can make a fierce friendship bracelet. However, Miley would also probably include joint rolling during her arts and crafts session, followed shortly by twerking lessons and crotch shots 101. On the other hand, if Hannah Montana wanted to babysit my kids, I would definitely be down with that.

Aaron Carter has been a bad influence since he was 13 when he released the party anthem for suburban preteens everywhere: "Aaron's Party (Come Get It)." The songs raunchy lyrics included: "So that's when I had this bright idea, throw the party of the month. No, the party of the year. All the fine girls couldn't turn it down, now all I gotta do is get my parents out. Should I send them to a movie? No, send them to a show." The nerve of that crazy teen! On a more serious note, Aaron went on to be arrested for drug possession, declare bankruptcy and tweeting things like "I'm extremely sexual right now," and "I love to get nasty at night." Would you want this man taking care of your kids? I think not.

Tara Reid went from the sweetheart of American Pie to Playboy to stumbling out of clubs faster than you can say "Tara, watch out one of your boobs fell out of your dress on the red carpet." The actress who used to be famous for playing the innocent co-ed ended up becoming more famous for stints in rehab and her one of a kind "I'm-drunk-af-leaving-a-club" look. As much fun as she looks to split bottle service with, we don't think that would be good influence to have around your little nuggets. RIP Tara's innocent look.

If you have ever followed James Franco on Instagram, then you too have probably thought "W.T.F." If I left my kids alone with James Franco they would probably end up begging me to send them to pretentious acting classes and wanting to write angry letters to the editor. They would also know how to single handedly ruin the Academy Awards.

JUST KIDDING. She's perfect, we honestly wish she would just move in and parent our future children full-time.

Who would be your nightmare babysitter? Tweet at us! @sofeminineUK

#VeryRealisticYA Is The Trend Book Lovers Have Been Waiting For